Protecting Democratic Values and Freedoms from the Vices of Extremism 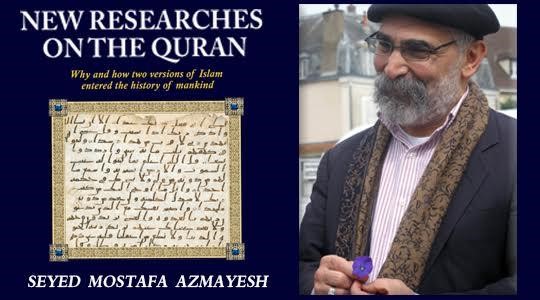 The Parliament Magazine, BRUSSELS – A report on the publication by Parliament Magaznie, that featured an article by Dr. Azmayesh, the founder of IOPHR, a Jurist-Scholar and Human Rights Activist. The article focuses on ways to safeguard democracy and protect our social structure against extremism, by addressing core issues so as to make well-informed and proactive decisions.

Recent violent incidents in Europe and across the world, executed by organisations such as Daesh (ISIS), have raised many questions regarding Islam and how it relates to the global rise in extremism. Dr. Azmayesh strongly believes that the only way to preserve the values of a democratic society is to empower those in a position of influence to make informed decisions, and to provide the public with a more accurate and fact-based picture, through detailed examination of the roots and causes of extremism.

In recognition of the enormity and precarious nature of these social issues, IOPHR has organised a series of events to address the threats of violence and extremist ideologies within a democratic society. These research-oriented conferences include an upcoming event in the European Parliament taking place on 1 March, 2016. Dr. Azmayesh is one of the panellists in the upcoming conference, where he hopes to propose ways to counter the effects of extremism on our multicultural society.

For many years, Dr. Azmayesh has worked towards making society safer and stronger. His efforts include advising those in positions of influence, about the dangers posed by radical regimes, and presenting research-based findings to counter the rise of Islamist extremism. His latest book titled ‘New Researches on the Quran’, discloses substantial facts that will improve our efforts to counter extremism by eliminating a number of misconceptions about Islam, and help uncover the core issues that we face today, which are not rooted in religion at all. Through the upcoming events, he hopes to further the efforts on combatting the vices of extremism, and discuss ways to preserve human rights and democracy within our society.

The aim of such events is to have an open conversation about crucial and sensitive topics, and work together with policy-makers, academics, activists and members of the society, to effectively preserve the democratic values of freedom, equality, secularism and the rule of law.

This is a PR move by the regime to quiet the upcoming nationwide protests. After 3 months of violence, rape, imprisonment & murder of protesters, it’s too little too late. This uprising is no longer just about draconian dress codes. The Iranian people want democracy.
#MahsaAmini https://t.co/2wcuThP7Vn
View on Twitter
6606
0
In reply toKasra Aarabi (کسری اعرابی)