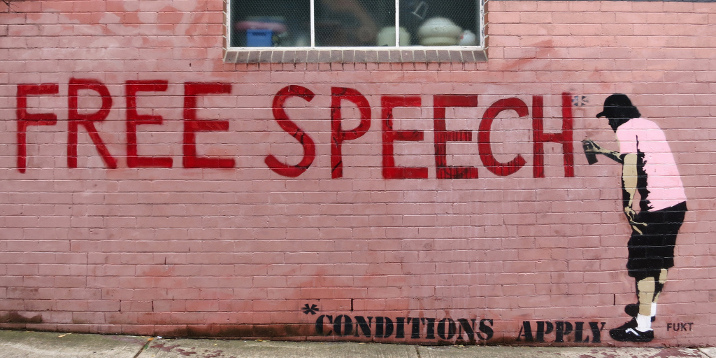 Brussels/Paris – Debating Europe interviewed Dr Azmayesh, the founder of IOPHR. The topic of the interactive online debate was “Should All Radical Speeches Be Censored?”, which included active participation and arguments proposed by the audience of Debating Europe.

Here is an excerpt from the debate:

The discussion considered the fear and threats of violence in society, and the position and importance of free speech in such an environment, whilst differentiating it from hate speech. Debating Europe posed these pertinent questions to Dr. Seyed M. Azmayesh, a Jurist Scholar and a Human Rights Activist.

“Dr. Azmayesh: Freedom of speech is, indeed, very important and constitutes a fundamental human right that nobody should be deprived of. It should be seen as a sacred right.

But should we draw a line between ‘hate speech’ and ‘free speech’? If so, where should that line be drawn? That was a question from Corvus, who asks: “Who gets to decide what is hate speech and what is criticism?”

Dr. Azmayesh: In the verses of the Quran, this teaching is [attributed] to the Prophet Mohammed, that all Muslims must respect freedom of speech according to logic and reasoning, to listen correctly and talk softly… and not try to force people into accept your reasoning… The moment that somebody thinks he is related to a supreme authority and that it is necessary to impose his will on others, then the line between freedom of speech and respect for others has be deleted. He is not within his rights. He is passing the borders of his own right and would like to impose [his view] on others.

Finally, a comment from Maia, who believes that the internet (including social media) is a potent tool for radicalisation. She believes that access to Facebook and Twitter should be blocked in some countries (such as Syria) to stop violent extremists like ISIS from spreading hate online. How would Dr. Azmayesh respond?