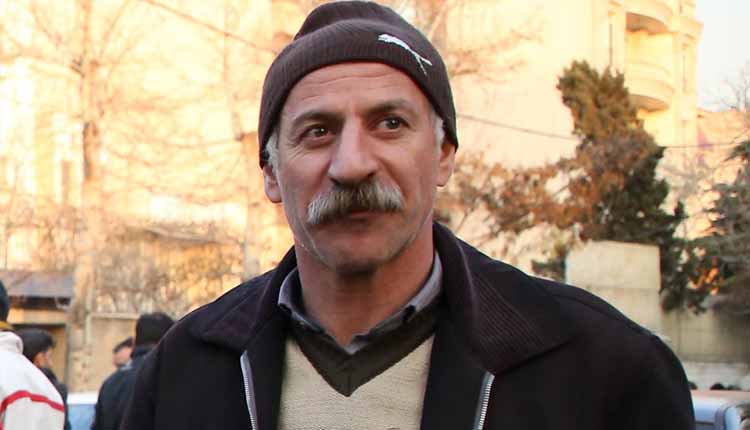 From the team of IOPHR, we extend our sincerest condolences to the family and friends of Mr. Mohammad Yavar Salas.

Following a grossly unfair trial, Mohammad Yavar Salas, a 51 year old Gonabadi Sufi Dervish, was unjustly executed by the Iranian Regime on Monday, 18th June, 2018 at 4:00 AM. He was hanged inside solitary confinement at the Rajaei Shahr Prison.

For the past 40 years, senior officials of the Islamic Republic of Iran have explicitly stated on numerous occasions that one of their top political goals is to eradicate Sufism from Iran. It has now been over four months since the house arrest of Dr. Noor Ali Tabandeh, the spiritual leader of the Gonabadi Sufi Order.

Mr. Salas was wrongfully convicted of the murder of three police officers, despite the fact that the case against him remained incomplete and unsubstantiated. During the trial, a number of evidences came to surface that proved Mr. Salas’ innocence, including eye-witness testimonies and photographic evidence, however they were completely disregarded by the court. There is also the existence of numerous legal and procedural violations during the pre-trial and trial process. “He was not allowed access to his chosen lawyer at any point before or during his trial”, he was forced to confess under duress, he was severely beaten and tortured for four months in prison, and the authorities failed to observe the defendant’s legal and procedural rights as articulated by Iranian Constitution and Penal Code. These violations alone should have nullified the case as per the Iranian penal code.

Ms. Zeynab Taheri, the defence attorney of Mohammad Salas, published a tweet stating that “the head of the Prosecution of Tehran explicitly affirmed that the bus, which they say was supposedly driven by Mr. Salas, had never been investigated for a fingerprint analysis.” The head of the Prosecution of Tehran, Mr. Gholam Hossein Esmaili, said that “admission is the king of all reasoning, and in a case where the defendant admits to a crime, no further investigation is needed.” He also claimed that “Mohammad Salas never denied any of the charges imposed on him.”

In actuality, there was no legitimate confession given whatsoever. After Mr. Salas was sentenced to death, he was not given any opportunity to defend himself or request for a fair re-trial. Therefore, he was forced to defend himself from inside the prison. Two voice recordings of him were released, in which Mr. Salas outright denies all charges that were made against him. The failure to investigate the case, lack of any legitimate confession, and the defendant’s clear denial of all charges imposed on him – are further proof that make the prosecutor’s judgement null and void.

Mr. Salas was killed by the Regime for a crime he did not commit. Amnesty International called this case a “huge miscarriage of justice”. “This case has laid bare the flaws in Iran’s criminal justice system for all to see,” said Philip Luther, Research and Advocacy Director for the Middle East and North Africa at ‎Amnesty International.

The founder of IOPHR, Dr. Seyed M. Azmayesh, spoke passionately in his statement as follows – “The martyr, Mohammad Yavar Salas, stood for and represented the values of spirituality, and spoke up against the despotic Iranian Regime’s tyranny, until the very end. He continually expressed his innocence until the end of his life.”

Mr. Salas’ execution was followed by a massive outcry from the international community, strongly condemning the brutal execution of an innocent man, and raising their voices against the failure of justice. Prominent members of the European Parliament, the United States Secretary of State, the US Department of State, and several other human rights organisations and activists expressed their extreme concerns regarding the inhumane actions of the Iranian Regime, and spoke out against this grave injustice.

Amnesty International said – “The Iranian authorities have a deplorable track record when it comes to the use of the death penalty. This execution is a travesty of justice that is abhorrent and unconscionable. It flies in the face of the huge public outcry in the country and is vengeance, not justice.”

“We condemn the Iranian government’s execution of Mohammad Salas, a member of the long-persecuted Iranian Gonabadi Sufi Dervish community… Reports indicate the Iranian regime has continued to crackdown on Sufis on account of their faith throughout the country since that time, including disturbing allegations of deaths in custody or from beatings at the hands of security forces. Mr. Salas’s rushed execution is the latest example of the Iranian regime’s disregard for the human rights of its citizens… We call on our partners and allies around the world to join us in condemning the brutal and unjust execution of Mr. Salas at the hands of the Iranian regime. We call on Iranian authorities to release the hundreds of Sufis who remain imprisoned on account of their beliefs, including the leader of the Gonabadi Sufis, Dr. Noor Ali Tabandeh, 91, who has been under house arrest for at least the past four months and is in need of immediate medical care. The Iranian people deserve rule of law, transparent and accountable governance, and respect for human rights and fundamental freedoms, not the callous impunity that continues to define the regime.”

MEP Marijana Petir responded on twitter by putting pressure on the EU to reassess their relations with Iran:

Further Developments Since the Execution of Mr. Salas

Amnesty International reported that, “following Mohammad Salas’ execution at Raja’i Shahr prison at dawn this morning, the authorities took his body away for burial to Borujerd, Lorestan Province, hundreds of kilometres from where his children and mother live, and despite their protestations to bury him in Tehran. The authorities buried his remains in Borujerd without his family present and with security forces standing guard. They also denied the family’s request that Mohammad Salas’ body be examined by a coroner to determine the injuries he incurred because of the torture to which he said he was subjected.”

A video statement was released of Mr. Salas’ son, Ali Salas, where he stated – “My father was tortured… His head was covered with stitches… When he was brought to court, they had put makeup on him like actors to hide the stitches.”

Ms. Zeynab Taheri, the defence attorney of Mr. Salas, stated in her tweet that, “despite his family’s formal request for [the body] to be transferred to the medical examiner, Mohammad Salas’ body was buried by the Security Forces in Boroujerd, without his relatives’ permission.” She addressed the Iranian authorities and said, “If you did not commit any atrocities, or torture him, what were you afraid of?”

As per latest reports, Ms. Zeynab Taheri was arrested on 19th June, by the Iranian Security Forces. Within the 48 hours post the execution of Mr. Salas, Ms. Taheri made a statement that she was about to release additional evidence of Mr. Salas’ innocence. She made a statement on Twitter saying, “You are witnessing the crushing of people’s rights. The world is a witness, I will certainly follow up on this matter with international organizations.”

“It’s telling that Zeynab Taheri’s arrest followed her public announcement that she intended to publish key evidence pointing to Mohammad Salas’ innocence. Her arrest exposes yet again the Iranian authorities’ relentless persecution of lawyers who speak out against torture and unfair trials. Zeynab Taheri has been a vocal advocate for Mohammad Salas by publicly calling out the unfairness of his trial, including the dismissal of key evidence indicating his innocence. Zeynab Taheri must be immediately and unconditionally released. Instead of arresting her for her work as a lawyer, the Iranian authorities should be addressing the widely held concerns regarding the unconscionable execution of Mohammad Salas after a grossly unfair trial.” – said Philip Luther, Research and Advocacy Director for the Middle East and North Africa at ‎Amnesty International.

Amnesty International further explained that, “the Iranian authorities have a long track record of persecuting lawyers who represent individuals imprisoned for politically motivated reasons, including prisoners of conscience.”

Mr. Salas’ first lawyer, Mr. Saeed Ashrafzadeh, who defended him before Ms. Taheri took over the case, recently made a public statement, speaking out against the unjust execution of Mr. Salas and the arrest of Ms. Taheri. He said – “I am deeply saddened to come out and speak about two things – one is the execution of Mohammad Salas, and second is the imprisonment of my colleague, Zeynab Taheri. Ms Taheri had access to a number of sources and information that I am not aware of, and had mentioned new things about the case of Mr. Salas, particularly in reference to eye-witnesses and video [evidence] that she had received. I strongly believed, and still do believe, that this case [of Mr. Salas] needed a lot more research and there was a lot more to be discovered.”

Upon imprisonment, Ms. Taheri reportedly went on hunger strike to protest against her unjust arrest. This was followed by severe deterioration of her health condition, and she is now hospitalised as per the latest reports.

Heather Nauert, Official Spokesperson for the U.S. Department of State, made the following statement on Twitter:

IOPHR is determined to continue to fight towards the preservation of Human Rights across the world. IOPHR strongly opposes the death penalty in all cases without exception, regardless of the nature or circumstances of the crime.