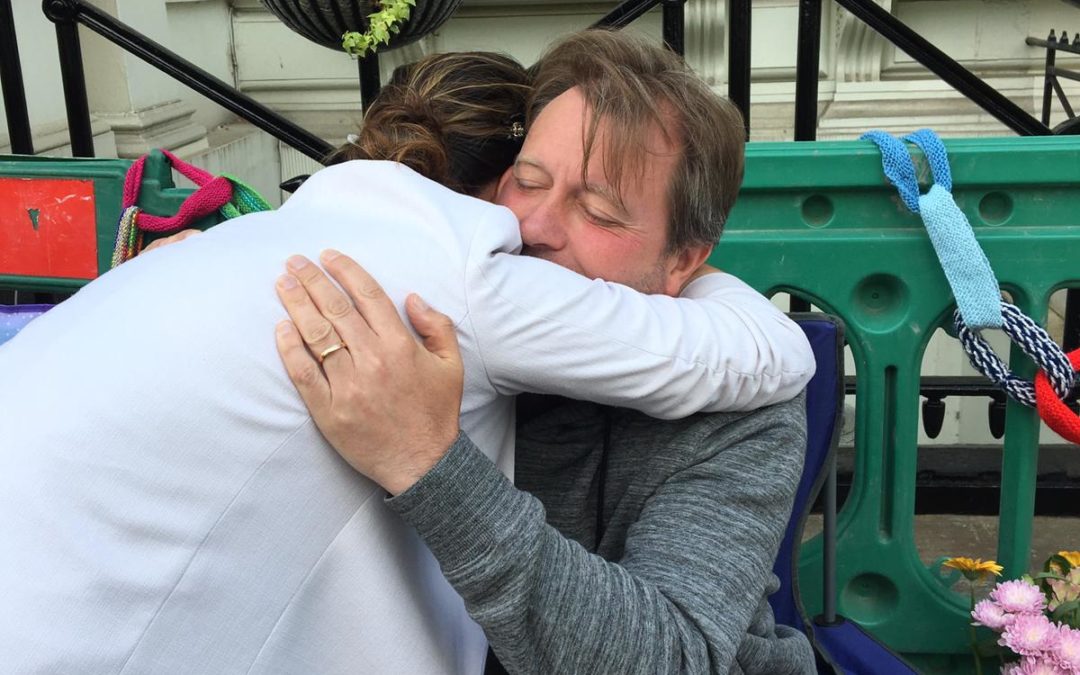 21 June 2019 – Yesterday, four members of the International Organisation to Preserve Human Rights met with Richard Ratcliffe outside of the Iranian Embassy in London. IOPHR’s Policy Advisor, Mattie Heaven, had the opportunity to interview him to discuss his hunger strike. As of today, Ratcliffe is on day eight of his hunger strike to protest the unlawful imprisonment of his wife Nazanin Zaghari-Ratcliffe. Nazanin is being unjustly held in Evin prison in Iran; she is also on a hunger strike to protest her imprisonment. Nazanin has been held in Evin since 2016 where she is separated from Richard and their 5-year-old daughter.

Nazanin was taken prisoner, initially without any explanation, and had to endure a sham trial that “justified” her imprisonment. Only later did Iranian officials claim her imprisonment was based on accusations of spying. These accusations are false. For three years Richard and Nazanin have been separated from each other, with Nazanin held as a political negotiation pawn for the Iranian regime.

Richard tells us that throughout his time protesting in front of the embassy many people – English and Iranians, different faiths, and different cultural backgrounds – have come to visit him and offer moral support. Some supporters bring him flowers and water to show their support. Though the Iranian embassy attempted to blockade Richard from their doorstep, that very blockade is now filled with hundreds of notes from supporters, pictures, cards, and articles. Many of those notes are by Iranians who have shared their own experiences in Iran, as well as the reasons they have fled the country along with their support for Richard and Nazanin.

We stand in solidarity with Nazanin and Richard in their efforts and applaud their peaceful protest. These unnecessary, unlawful imprisonments, and violations of human rights must stop. Nazanin should be reunited with her child and husband immediately.