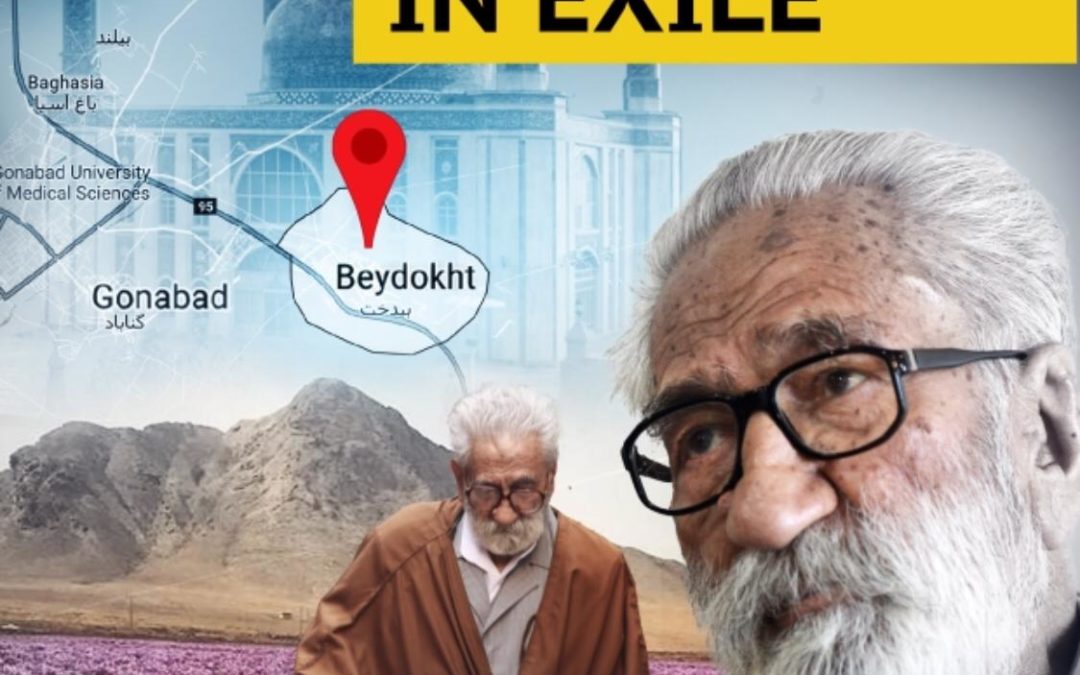 Dr Noor Ali Tabandeh‎, born on 13th October 1927, in Beydokht, Gonabad, Iran, also known by his spiritual title of Majzoub Ali Shah, is the spiritual leader or the Qutb of the Ni’matullahi (Sultan Ali Shahi) Gonabadi Order in Iran, which is the largest Sufi order in Iran.

Dr. Noor Ali Tabandeh, is a distinguished member of the global human rights movement, due to his life long public service in the defence of human rights, for which he was imprisoned by the Iranian authorities in the 1980s. Twelve years ago he was rearrested, in his home town of Beydokht located in the Gonabad County of Iran at the age of 80, and was then forcefully relocated to Tehran. He has now lived in exile for over 12 years despite on numerous occasions expressing his wish to return to his home town. Nevertheless, even at age of 92, he is still not allowed to visit his place of birth.

During his speech he also mentioned the condition of Dr. Noor Ali Tabandeh, the spiritual leader of the Gonabadi Dervishes and highlighted the Iranian Regime’s February 2018 widespread crackdown on Gonabadi Dervishes, which led to the imprisonment of 800 Sufis, and the murder of Mohammad Raji under torture and the execution of Mohammad Salas on fabricated charges. Mr. Gharagozloo also stated that since the crackdown “Dr. Noor Ali Tabandeh has been held under house arrest where every aspect of his life has been strictly controlled, and he has repeatedly been poisoned and drugged with the goal of replacing him with the Regime’s own agents.” This means that for almost 18 months Dr. Tabandeh has lived in isolation and under house arrest, with constant danger to his life.