Human Rights and the Iranian Regime 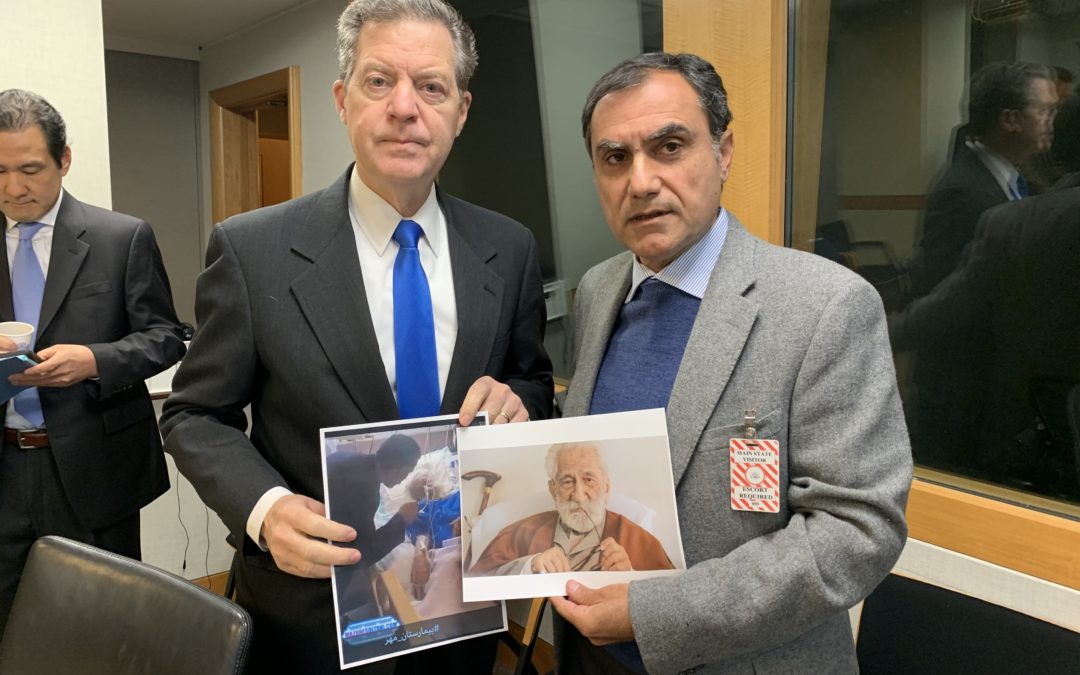 Washington D.C. –  The US IOPHR  representatives were invited to attend a small group discussion with the Special Representative for Iran, Brian Hook, and the Ambassador at Large for International Religious Freedom, Sam Brownback. This discussion was followed by a symposium and speech on Human Rights in Iran from the US Secretary of State Mike Pompeo.

IOPHR representatives spoke with Ambassador Brownback, the State Department officials, and Morgan Ortagus regarding the house arrest and intentional medical mistreatments of Dr. Noor Ali Tabandeh, the Nematollahi Gonabadi Sufis’ spiritual leader, with the ultimate goal of his elimination and replacement by the occupying regime’s agent. The Secretary’s remarks and panel discussion can be seen here.