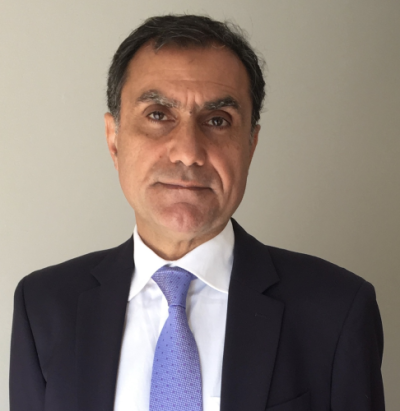 The recent disturbing rise of violent acts against religious minorities in Iran — the internal exiles and transfers of Gonabadi Sufis to COVID-19 infested wards of prisons, the burning of a Christian cemetery, setting fire to Mordeci’s shrine and widespread negative propaganda against Jews, arrests and sentencings of Baha’is in different cities, smear campaigns against Sunni Sufis, to name a few — are not random acts committed by a few uncoordinated thugs.

Combined with the recent statements by Khamenei announcing the “Final Solution” and the promise of a free Palestine soon, these acts paint a very disturbing picture and hint at Khamenei’s sinister plans for the survival of his regime and its succession by his son Mojtaba Khamenei (whose inner circle includes individuals such as brothers Hossein and Mehdi Taeb, Fallahian, and many more who are responsible for the bulk of the mass executions of political prisoners and the murders of political dissidents over the past 40 years).  In order to achieve this goal, Khamenei needs to accomplish two tasks: (1) establish an ironclad rule where the slightest dissent is dealt with swiftly and violently, and (2) a possible widespread asymmetrical regional war to provide and guarantee the time he and his regime need to obtain an atomic bomb.

The extensive protests prior to the COVID-19 pandemic, which were increasing in number and intensity daily, made it clear that Khamenei and his regime not only have no base of support and legitimacy among Iranians of all walks of life anymore, but are doomed to collapse. Realizing the urgency of the situation, he and his cronies, with the advice and full support of Putin and Russian advisors, have been working hard to implement the policies mentioned above. Let us review his recent actions since then.

Over a year ago, Khamenei appointed Ebrahim Raissi as the head of the Judiciary. Upon Raissi’s appointment, the rate of arrests, the severity of charges and sentences, and the number of executions increased dramatically. Raissi is one of the key individuals responsible for the mass execution of about 30,000 political prisoners and dissidents about 35 years ago.

Last week, Khamenei appointed Mohammad Bagher Ghalibaf, an ex-commander of the Islamic Revolutionary Guard Corps (IRGC) and corrupt ultra-hardliner member of his regime, as the head of the Parliament. Ghalibaf, as the then head of the greater Tehran police force, is responsible for the brutal and violent crushing of the university students’ uprising in Tehran over three decades ago.

In his most recent speeches, Khamenei repeatedly stressed the need for a new, young and conservative leadership. This emphasis confirms that in the upcoming Presidential elections less than a year away, Khamenei will have his preferred extremist candidate appointed as President, thereby completing his objective of controlling all three branches of government through his ultra-hardliner murderous brutes, and completing the first step of his goal for a regime similar to that of North Korea, where the slightest dissent is met with violence and even death.

Regarding Khamenei’s other plans internally, the following developments help clarify his intentions further:

A few weeks ago, the Parliament introduced two new laws to be added to Volume 5 of the Penal Code which grant the regime, without any foundation or proof, the authority to brand any group or entity as a sect. Such an accusation is charged as a fifth-degree crime punishable by lashings, confiscation of property, and jail. In certain circumstances, the charge can be elevated to a first-degree crime, which can result in capital punishment. These laws will enable the regime to label any entity or group as a cult, a charge officially punishable by law, and basically oppress or eliminate anyone as they see fit.

The harassment and oppression of Gonabadi Sufis, the largest religious minority group in Iran with an estimated 8-10 million adherents, has also intensified recently. The mistreatment of Gonabadi Sufis in prison continues. The internal exile of the Sufis without any formal charges have escalated. Just this past week, the regime sentenced Mr. Raji’s son to prison for his continued quest for justice for the murder of his father under torture during the brutal attack on the Sufi community two years ago. The regime has also filed several lawsuits against Mr. Salas’s family for punitive damages. Mr. Salas is the bus driver who was framed and falsely accused of driving a bus through security forces and was hastily hanged despite international appeals.