IOPHR Statement on the affirmation of the death sentence of Ms. Zahra Esmaeili 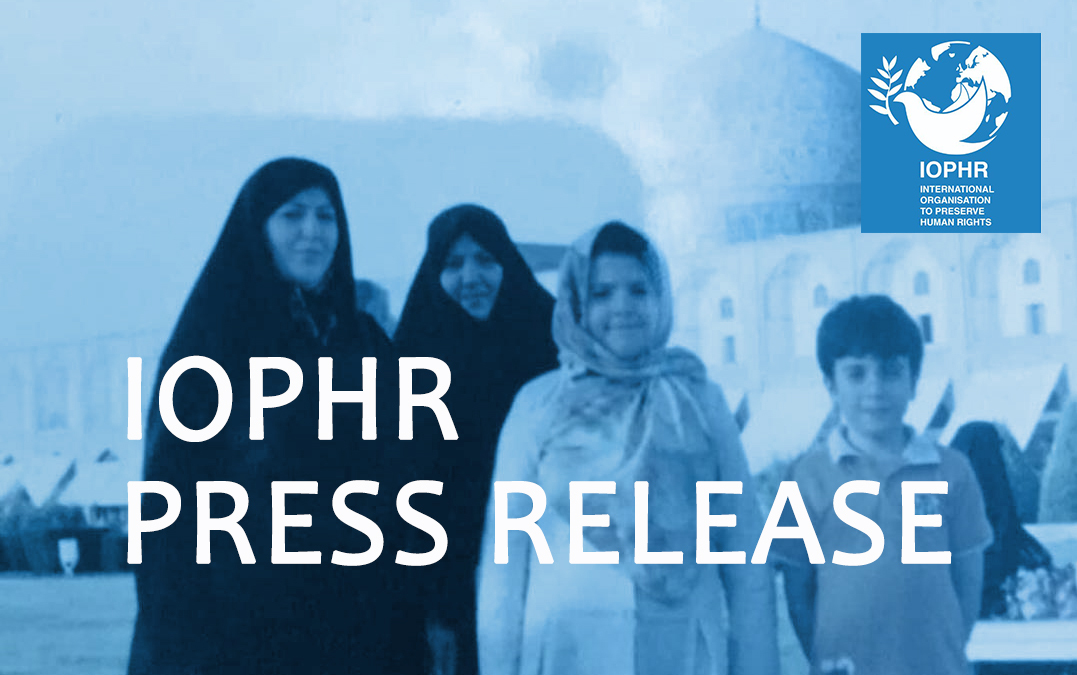 The statement of the International Organisation to Preserve Human Rights (IOPHR) regarding the affirmation of the death sentence of Ms. Zahra Esmaeili

Less than twenty-four hours after the UN Security Council opposed the draft resolution of the United States of America on the extension of the Tehran regime’s arms embargo, and the astonishing indecision and inaction of the EU member states, unfortunately, once again it seems that the officials of the authoritarian government of Iran, have seen this inaction as a green light to continue their oppressive polices, through affirmation of the death sentence of another Iranian citizen.  This act showed, once again, that it is the innocent Iranian people, who primarily pay the price for a policy of global appeasement, and tolerance of the inhuman ruling system. It is also worth mentioning that the ruling regime of Iran has held the global record for the largest number of executions in the world per capita for more than forty years, without suffering any international backlash for this atrocious record.

Furthermore, it should also be noted that Ms. Zahra Esmaeili, an Iranian citizen, was sentenced to death for a crime she had never committed, as a result of a non-transparent process and without having the right of access to a lawyer. The confirmation of the death sentence of this innocent Iranian citizen just one day after the failure of the extension of the Iranian regime’s arms embargo is clearly a sign of the Iranian regime’s grip on the international community.

The IOPHR has repeatedly stated that the international community’s appeasement of the Iranian regime, and in particular the EU member states’ waiver of numerous and indisputable human rights violations by the Iranian regime officials have only contributed to the blatant disregard of the regime’s international obligations. Not only has the Iranian regime failed to contribute towards the maintenance of international peace and security, but its destabilising actions have led to increased insecurity across the world, especially in the Middle East, as well as further suffering for the people who are caught out by these instabilities.

The current policy of appeasement, and inaction of European governments against the incursions and extravagances of the ruling regime in Iran is reminiscent of the “surrender and peace” policy of Britain and France against the extravagance of Nazi Germany at the Munich Conference in 1938. Which ultimately resulted in a quicker flare-up of World War II.

Accordingly, the IOPHR once again urges all democratic, and freedom-loving governments of the world, especially the member states of the European Union, as well as all international organizations and institutions, and all human rights activists, to wake up to the reality of the Iranian regime, and its oppressive, and destabilising tactics, by standing up to the regime’s brutal policies on its own citizens, and putting an end to its oppressive internal polices, through the stopping of the unbridled process of executions in Iran, and saving the lives of an innocent Iranian citizens, like Ms. Esmaeili, from certain death.