Stop the execution of innocent Zahra Esmaeli by Iranian government 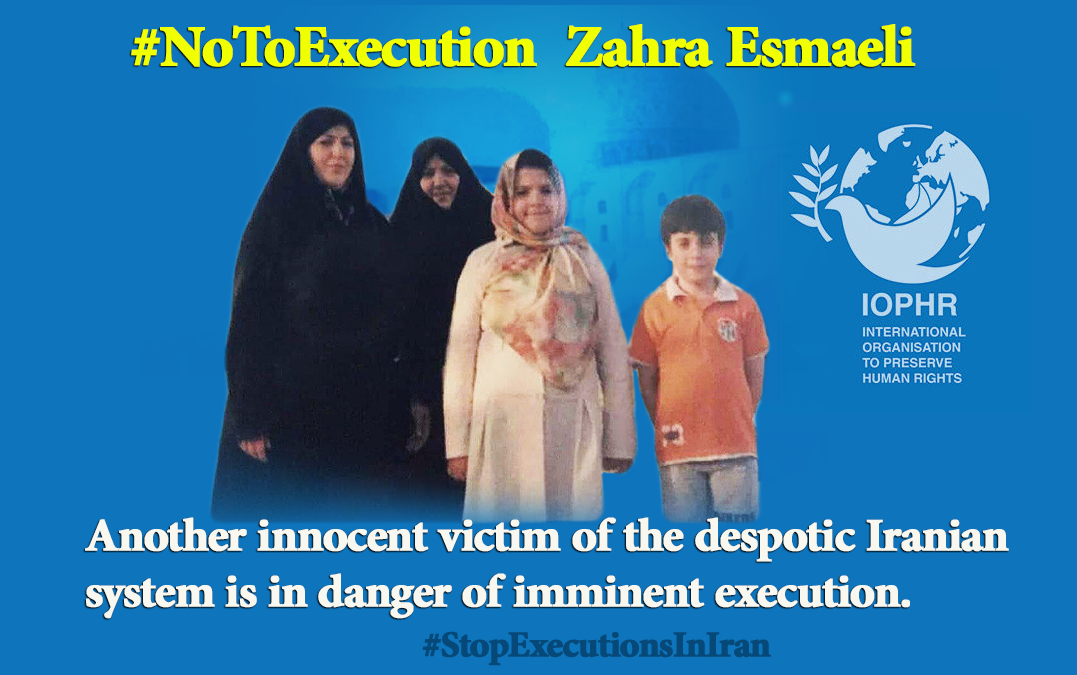 Another innocent victim of the despotic Iranian system is in danger of imminent execution. Zahra Esmaeli has been sentenced to death by hanging by the Supreme Court in Iran.

Zahra Esmaeli was the wife of a high-ranking Intelligence Service Officer, Ali-Reza Zamani. Four years ago, while he had been physically and sexually abusing and threatening her and their daughter, Maryam Zamani, to death, in self-defence the daughter shot her father with his shot gun. The daughter, Maryam Zamani who was 17 years of age at the time and her mother were arrested and imprisoned.

Despite that the judge is fully aware that Zahra Esmaeli is not the one who killed her husband, she has been confirmed to be executed any day now.

This type of judgment is again proof that there is no change in regard to the inhumanity of the ruling regime in Iran. The International Organisation to Preserve Human Rights (IOPHR) for its part, would like to draw the attention of all governments, human rights organizations, and the conscientious objectors of injustices to the bitter fact that although Iran appears to have the second highest rate of executions in the world, it actually has the highest execution rate per capita in the world.

IOPHR calls on all human rights organisations inside, and outside of Iran to prevent the execution of Zahra Esmaeli, by launching a maximum pressure campaign, and putting pressure on the Iranian authorities. The IOPHR, in particular, draws the attention of senior European Commission officials and the European Union’s foreign policy apparatus to the fact that the continuation of diplomatic, political, and economic relations with the ruling regime in Iran has only worsened the human rights situation in Iran, and has only increased the suffering of the Iranian people.