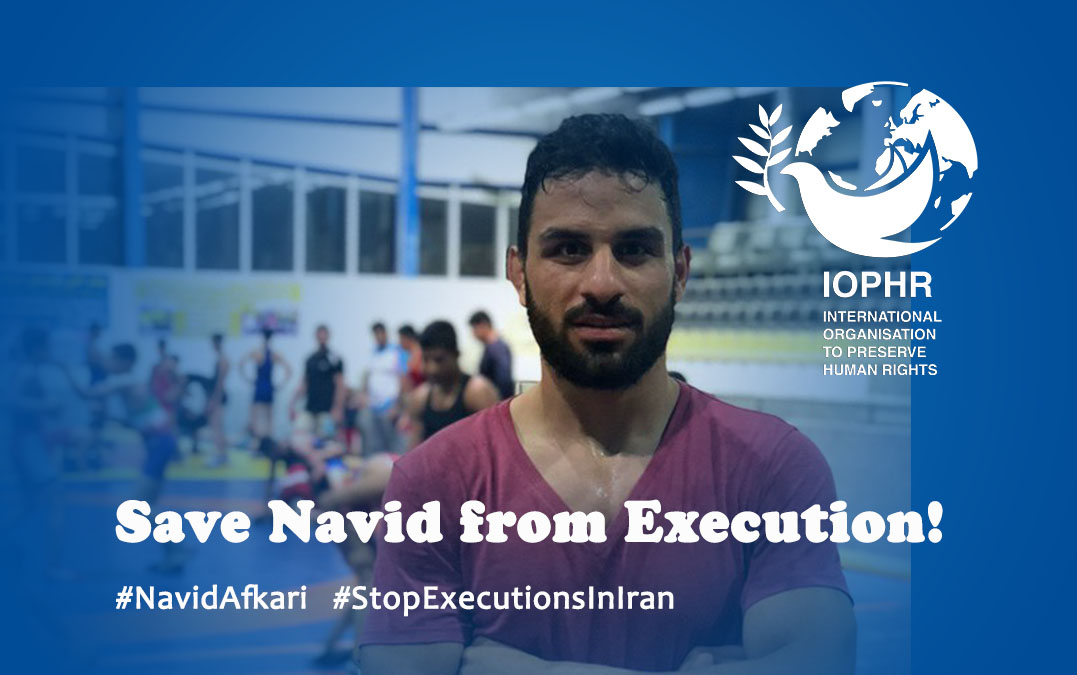 Navid Afkari, a 27 year old Iranian wrestler, is in imminent danger of execution. A court in Shiraz has sentenced Navid to two death sentences without having any official charges against him. The Supreme Court has confirmed his death sentence which means that he could be executed at any time.

He was arrested together with his two brothers Vahid and Habib in 2018 during the national protests which were based on the sudden oil price increase. Security forces used tear gas and pepper spray against protesters and hundreds were arrested during these protests. According to Iranian officials the killing of the security forces and also the killing of a civilian was blamed on the protesters. Navid Afkari’s brothers have been sentenced to 54 and 27 years in prison and 74 lashes each.

It has been reported that Navid Afkari was tortured and forced to confess. A letter from him states that he was subjected to brutal torture – including covering his head with plastic bags and pouring alcohol in his nostrils — in order to “confess” to fabricated statements on which the charges against him were then based.

“One thing I learned from wrestling is not to be unjustly suppressed and not to conform to injustice and lies. After being under torture physically and mentally in solitary confinement I wrote a letter to the judiciary to defend myself and to say that I am not a killer. Also, I requested for a medical examination which evidenced that I was severely tortured. The used torture on me to force me in to confessing a crime that I didn’t do. There is no evidence in any of my files that I have committed any crime and killed anyone. They are just looking for a neck to put their rope around and hang.”

“Greetings to the people of Iran. Navid Afkari plea for help to save his life – be a voice for him and his family.

I am Navid Afkari. All my efforts to the authorities have made no difference. They have denied looking at my case and after two years they have given my death sentence. No court or judge has listened to our voice or anyone responsible for my case. Until this point, my hope for a fair and just trial has been silenced.

From this point on wards me and my family plea for your help. My message is not just to Iranians, but to all people who are for humanity and justice. Being silent is like supporting injustice and the despots for executing an innocent person. It means every second I am getting closer to the rope for my execution.

I heard that innocent people don’t get executed but I have been wrong. We see all of it are lies. We are seeing that Iranian judicial system is wrongfully going to kill an innocent person with the name of Navid Afkari. By silencing me they want to slowly get rid of me. I am calling for those human beings who care about humanity and justice regardless of your religious or political belief to be a voice for me and my family. A human being’s life without justice has no meaning.

I have the right to defend my life and I have evidence of my innocence.

My family and I are victim of this suppressive regime. The power we have is to be a voice of justice for innocent people.”

IOPHR condemns the Iranian regime’s human rights violations and for not giving a fair and just trial for 27 year old Navid Afkari and to use torture to force him to confess to crimes he has not committed.