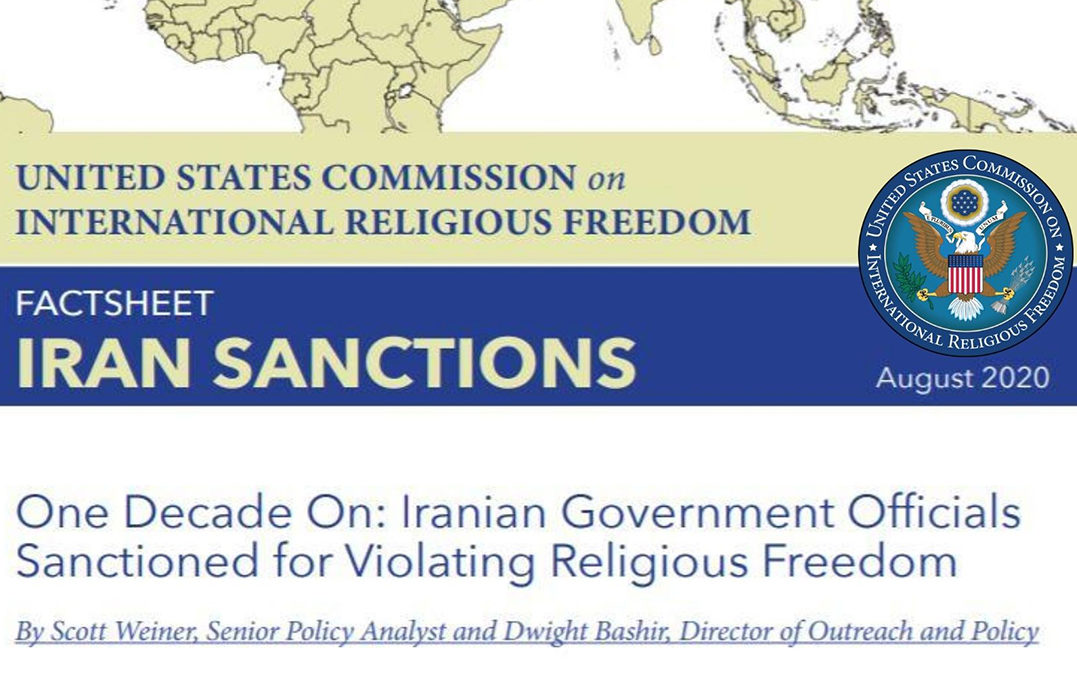 This factsheet highlights the key senior Iranian officials who have been sanctioned by the United States Department of Treasury for their complicity in severe violations of religious freedom. Two successive administrations have utilized the Global Magnitsky Human Rights Accountability Act and several Iran-specific executive orders over the past 10 years to sanction individuals for these violations, which affect Iranians across many different faith communities. The factsheet provides background on several officials linked to Iranian Supreme Leader Ayatollah Ali Khamenei as well as two of the infamous “hanging judges” who are known for having imposed unjustly harsh sentences on Iranian citizens following peaceful protests in 2009.

Over the past year, the U.S. government has used several of these sanctions as an instrument to target senior Iranian officials responsible for severe religious freedom violations.

In its 2020 Annual Report, USCIRF recommended the State Department to redesignate Iran as a “country of particular concern” for systematic, ongoing, and egregious religious freedom violations.

We welcome the actions of the USCIRF, and applaud them for their efforts in support of the people of Iran, especially those who are experiencing severe oppression by the regime purely for holding a different religion or belief.