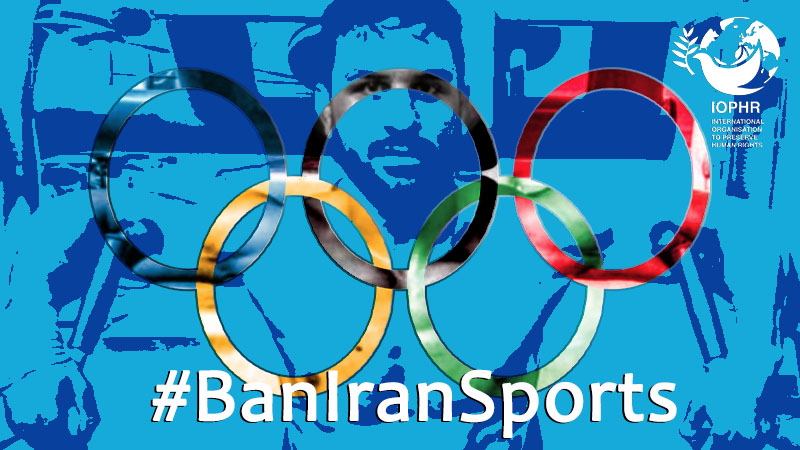 We invite everyone to join us in demanding the International Olympic Committee and other international sports bodies such as United World Wrestling association to suspend Iran’s membership and to ban the Islamic Republic of Iran from taking part in any future tournaments.

The International Organisation to Preserve Human Rights (IOPHR) is launching this petition, following the cruel and inhumane handling of the case of Navid Afkari, which ultimately led to his murder at the hands of the occupying regime in Iran.

Navid Afkari is certainly not the first athlete fallen victim to the inhumane actions of the ruling clergy in Iran. Iran has a history of executing athletes. Here are just some:

Habib Khabiri, captain of the Iranian national football team was arrested in 1981 and 1983, and was executed in 1984.

Mahshid Razaghi, defender of Omid Iran and Homa Football Club who was arrested on 13th December 1980 and sentenced to one year in prison. However, he was not released at the end of his sentence and was imprisoned in Evin, Ghezel Hesar and Gohardasht prisons for 8 years until the summer of 1988. He was hanged in Gohardasht prison of Karaj in August of 1988 during the mass executions of political prisoners. A few days later, his brother Ahmad Razaghi was also executed in Evin prison.

Forouzan Abdi, was a member of the PAS volleyball team, and the captain of the Iranian women’s national volleyball team. She was arrested in 1981 at the age of 23 on charges of supporting the opposition group, Mojahedin-e Khalgh (MEK) and was sentenced to five years in prison. Despite the end of her five-year sentence in 1986, she was not released and was hanged in Evin prison in the summer of 1988.

Houshang Montazer Al-Zohor, wrestling champion and the member of the Iranian national team at the Melbourne Olympics, was arrested at his home in Isfahan in August of 1981, and was executed on October 3, 1981.

Ahmad Shaterzadeh, wrestling champion of Isfahan Schools, who was shot on October 3, 1981.

By allowing the Islamic Republic of Iran to continue its membership with the International Olympic Committee, we are turning a blind eye to the athletes who have been executed at the hands of this regime. And if we do not stand united in this cause, the tragic execution of Navid Afkari will certainly not be the last!

Despite global outcry, the Iranian national wrestling champion Navid Afkari, at the age of 27, was executed by Iran’s ruling regime in the early hours of 12 September 2020. The execution took place without informing his family to say their final goodbyes.

Navid Afkari was arrested two years ago by the Iranian security forces on charges of participating in the popular demonstration of August 2018, where people peacefully protested against the unjust policies of the Iranian regime. Upon arrest, the young wrestler was subjected to the most severe physical and mental torture in order to break his resistance, and to make him confess to a crime that he did not commit. His two brothers were also arrested and were tortured to confess against their athlete brother.

For the past 41 years, among other atrocities, the occupying regime in Iran has continuously violated the rights of its own citizens, carried out barbaric mass executions of innocent Iranians, and destabilised the entire Middle East through funding of terrorist organisations and creating proxy wars in the region.

IOPHR would like to draw your attention to the following, in which the objectives of this petition are further clarified, in light of the tragic case of Navid Afkari.

It is crucial to understand the principle that sports have always been the means of promoting friendship between nations, and as an alternative to avoiding dangerous political strife. However, by executing Mr Navid Afkari, the ruling regime in Iran has acted exactly against this high ideal.

In addition, the Iranian regime has already violated this international principle, underlying all sporting competitions, by putting pressure on Iranian athletes and preventing them from competing with Israeli athletes.

This practice has all the hallmarks of anti-Semitism and should be seen as a means of propagating the Iranian regime’s dangerous Islamic fundamentalism into the sporting world. Furthermore, Iranian athletes are consistently placed under severe security pressure if they refuse to leave the field in presence of Israeli opponents. In some cases, this pressure has forced some Iranian athletes to deliberately lose the tournament, so that they avoid facing Israeli opponents. All of which, is in stark contrast to the principle of friendship, as well as the International Olympic Committee’s high profile programs such as “Peace Through Sport” and “Sport for Hope”.

The Iranian authorities have also pressured and threatened many Iranian female athletes to cover their heads and bodies, in international sports competitions, against their will. The high number of Iranian athletes, who have taken refuge in countries outside of Iran, should be seen as a proof of these types of pressure tactics by the Iranian regime.

The Iranian regime has also barred Iranian women from participating in international football matches in Iran for the past forty years, a practice based on gender discrimination, institutionalised within the Iranian system.

In addition to all of the above, Iranian sport is plagued by corruption and money laundering, and the Iranian regime has virtually eliminated all international control mechanisms necessary for healthy competition, by refusing to sign the FATF agreement.

Given all these facts, the Iranian regime has clearly lost all credibility, and the necessary qualifications to participate in international sporting competitions.

On this basis, IOPHR would like to pay tribute to all victims of fundamentalism and hatred in Iran, and invite everyone to join us in demanding the International Olympic Committee and other international sports bodies such as United World Wrestling association to suspend Iran’s membership and to ban the Islamic Republic of Iran from taking part in any future tournaments.