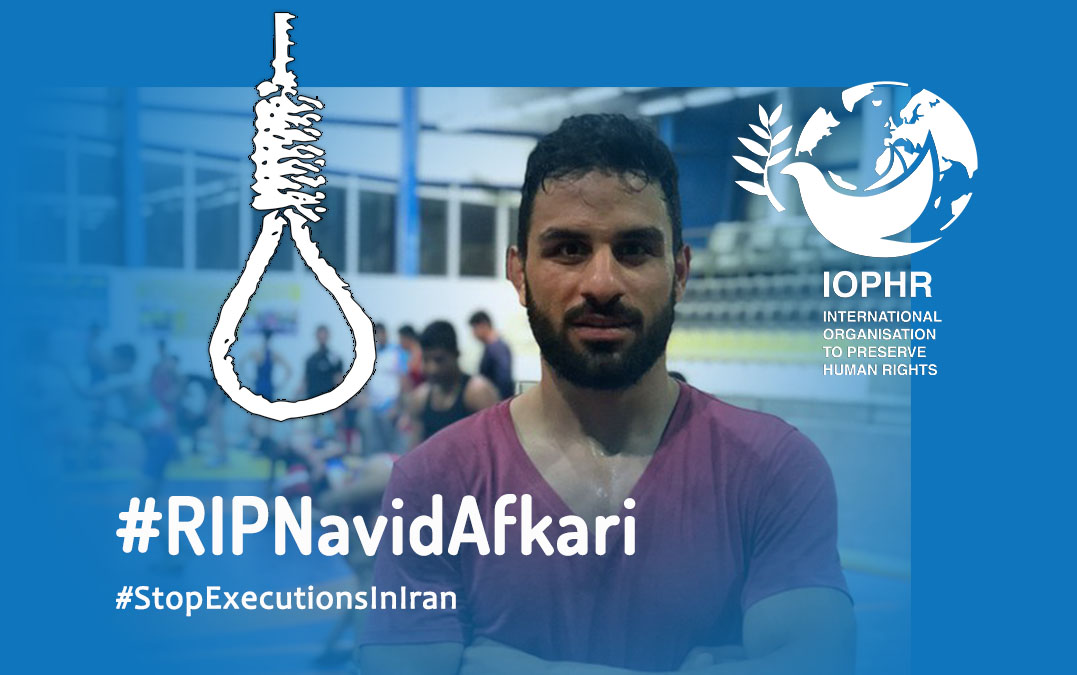 Unfortunately, despite numerous requests, and widespread protests by the international community, the inhumane regime ruling Iran, has once again taken the life of another brave Iranian young man.

As according to reports, Mr. Navid Afkari, a 27-year-old man, whose two brothers had been subjected to the most indescribable torture by the Iranian security forces for the past two years, was hanged by Iran’s religious leaders early this morning.

It should now be clear to everyone that the execution of this Iranian wrestling champion close to the anniversary of last year’s November protests, is undoubtedly a desperate attempt by the Iranian regime to implement the hated policy of fearmongering, or achieving “victory through fear”, in order to dissuade the Iranian young men and women from demanding their basic human rights.

The wrestling champion, Navid Afkari, is certainly not the first innocent victim of the inhumane actions of the ruling clergy in Iran. However, if the international community, and democratic human rights defenders, especially the European governments, do not stand united with the Iranian people in support of their struggles for their human rights, this sad death will certainly not be the last!

Therefore, it is time for the European governments, and the European Union to stick to the basic principles of human rights and human dignity, rather than make immoral profits through trading with the notorious Iranian regime, which has not even agreed to sign the FATF.

Undoubtedly, the decision that the European governments will make in this regard, will be a true measure of their sincerity towards the adherence to the fundamental principles of Human Rights, which the European Union is claimed to be founded on.