IOPHR’s statement in regards to the concerns over the health of Ms. Nasrin Sotoudeh & the continuing persecution of women in Iran 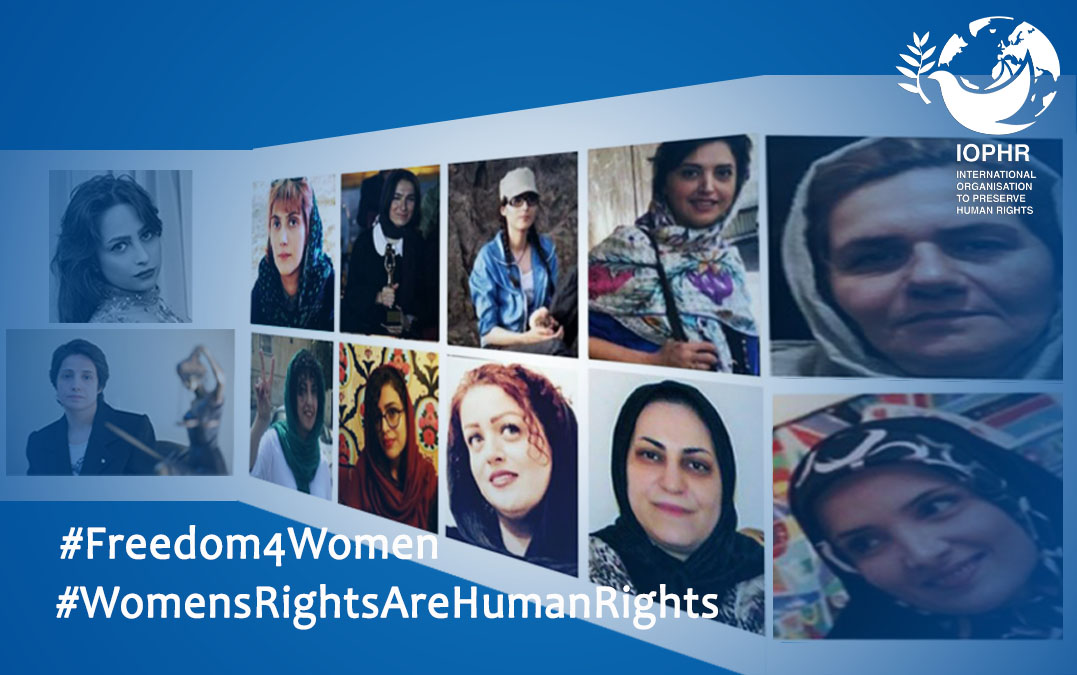 IOPHR would like to draw the world’s attention to the dire situation faced by Iranian women.

Sadly, Iranian women and girls are the biggest victims of the inhumane, backward and sexist policies and laws of the ruling regime in Iran, which have been falsely imposed on the Iranian society in the name of religion. As a result of these laws Iran has become the largest oppressor of women’s rights in the world, by forcing Iranian women to live in an oppressive ‘prison-like’ environment.

In this regard, the IOPHR notes that while many Middle Eastern countries, as result of the process of social development, are achieving the status that Iranian women had enjoyed prior to the Iranian Revolution and during the last century, the imposition of anti-humanitarian laws on Iranian citizens by the current Iranian regime cannot be seen anything other than a backward step of thousands of years in regards to women rights.

Unfortunately, the Islamic Republic’s treatment of women who have protested these cruel and misogynist laws has been very harsh, and inhumane.

As exemplified by the judicial treatment of Ms. Soheila Hejab, Asal Mohammadi, Nooshin Jafari, Marzieh Ahmadi, Farangis Mazlum, Sanaz Allahyari, Sepideh Moradi, and Hengameh Shahidi, who have been sentenced to more than one hundred years in prison, and fined billions of Tomans for peacefully protesting against the systematic gender discrimination of the Iranian regime.

Moreover, Ms. Avisha Jalaluddin, Sepideh Moradi, and Shima Entesari are journalists who have also suffered a double penalty for purely being Sufis, and are as result currently being held in Qarchak prison in Varamin.

Furthermore, Ms. Yasman Ariani, Monireh Arabshahi, and Mojgan Keshavarz, three civil rights activists, have been sentenced to a total of more than 55 years in prison, for merely protesting against the unjust law of imposed hijab.

Another example of this inhuman treatment is the case of Ms. Narges Mohammadi, a brave journalist, who has been sentenced to more than 20 years in prison for merely organising a humanitarian campaign to curb rampant executions in Iran.

Then, there is the case of Ms. Nasrin Sotoudeh, a human rights lawyer who has been sentenced to more than 38 years in prison for performing her duties by defending her client, Ms. Shaparak Shajarizadeh, who was arrested and imprisoned for protesting against the compulsory hijab.

These are just a few of the endless and unacceptable oppressions that the Islamic Republic system inflicts on Iranian women and girls.

In view of the above, IOPHR calls for equal rights for Iranian women, the elimination of all gender discrimination, and the abolition of all misogynist laws in Iran.

IOPHR also calls for the immediate release of all Iranian women prisoners, especially Ms. Nasrin Sotoudeh, who is in a dangerous health condition following her 46-day hunger strike.

IOPHR once again calls on all democracies, especially EU member states, to limit their trade, and diplomatic relations with the ruling regime in Iran, until the repeal of all gender-discriminatory laws in Iran.

The IOPHR also calls for the extension, and intensification of global human rights sanctions against officials and agents of the ruling regime in Iran with the aim of improving the human rights situation in Iran.