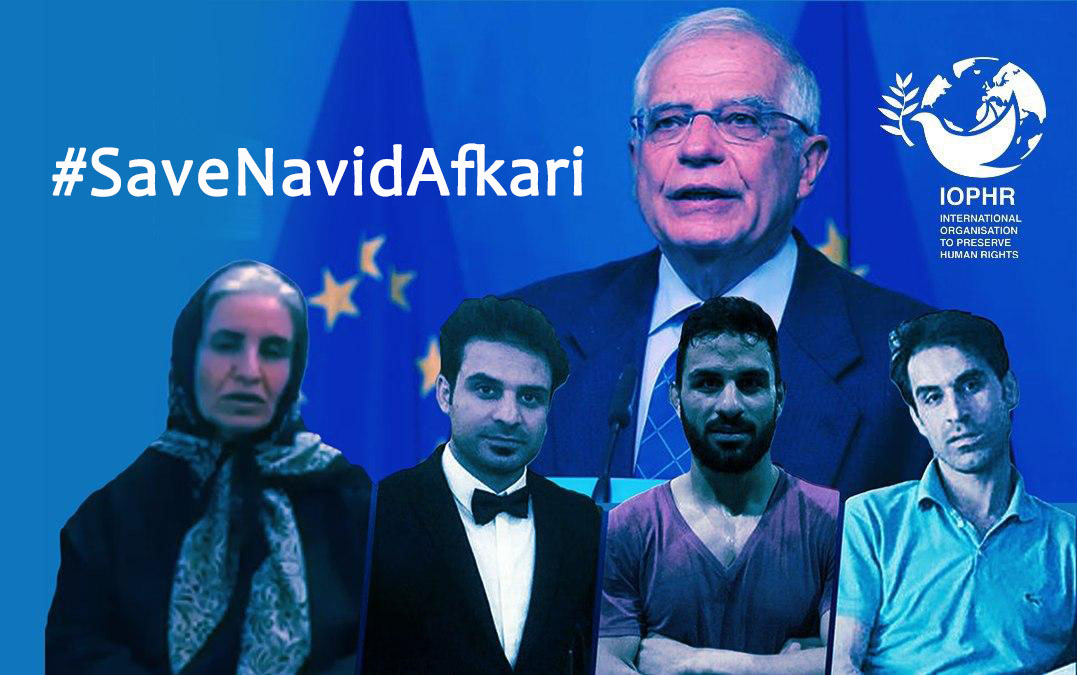 I am writing to you on the behalf of the International Organisation to Preserve Human Rights (IOPHR).  IOPHR is an active independent non-for-profit organisation, and think tank based in the United Kingdom, with members spanning across European Union and North America. IOPHR is non-political and non-religious organisation, with the primary aim of protecting human rights, and democratic values within societies. You can find more information about our organisation on our website:  https://iophr.org

Mr. Afkari was arrested two years ago by the Iranian security forces on charges of participating in a popular demonstration of August 2018, along with the large section of Iranian society, who were protesting the unjust policies of the Iranian regime. Mr Afkari, was subsequently subjected to the most severe physical, and psychological torture, in order to break his resistance. Moreover, the inhuman Iranian regime also arrested the two other brothers of Mr Afkari: Vahid and Habib Afkari, and also subjected them to the most severe physical, and mental torture in order to obtain a confession against their athlete brother.

The Iranian security forces then fabricated a case against the three brothers, through crafting a scenario in which they accused them of killing a Basiji (a member of Iranian Paramilitary force). However, they were never able to provide any evidence, witness, motive nor reason for their accusation.

Eventually, the Iranian security agents also arrested Afkari’s father, and other family members. As a result of these pressures, and after the agents threatened to detain their mother and sister, Mr. Vahid Afkari, one of the three arrested brothers, in order not to be forced to bear witness against his younger brother, even attempted twice to commit suicide in prison.

The life story of the Afkari family during the past two years is a clear example of the complete disregard of the ruling regime in Iran in regards to the most basic principles of human life. Within a voice message released from the prison, the Afkaris have disclosed some details about the inhuman procedures used by the Iranian security forces to obtain their fabricated confessions.

The detention of all members of a family in Iran, purely for participating in peaceful demonstrations, which is even allowed under the current Iranian constitution, and forcing them to confess against each other, and then using these confessions as basis for issuing death sentence should not be ignored, and allowed to stand by the leaders of any free and democratic countries.

In this regard, IOPHR, would like to ask you to use all available tools and facilities, including your influence on the Iranian authorities, to prevent the implementation of this inhumane sentence. In the hope that through your interventions, you can save the life of this prominent 27 year-old Iranian athlete.