Systematic and continual Human Rights Violations in Iran and the ongoing Campaign to find the Truth Behind Dr. Tabandeh’s Suspicious Death 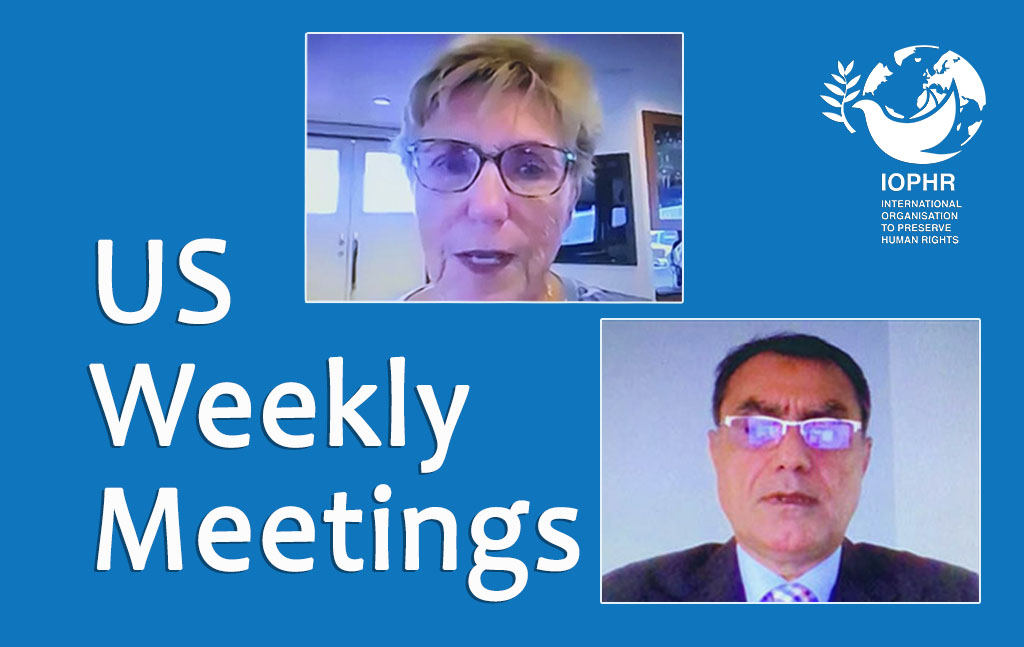 Today, at the weekly USCIRF roundtable,  Hamid Gharagozloo of IOPHR talked about the following issues with Chair of the USCIRF Commissioner Gayle Manchin:

The Campaign to find out the Truth behind Dr. Tabandeh’s Suspicious Death and its widespread success in Iran among Gonabadi Sufis and non-Sufis alike, both in Iran and across the globe.

The critical condition of Ms. Nasrin Sotoudeh, her transfer to the hospital, lack of access to her by her family, as well as any information about her health. The issue of the imminent danger she is facing from the security personnel under the current void of contact and information about her was also discussed.

The transfer of the four Sunni prisoners on death-row to another facility for carrying out their death sentences.

The issue of Organized Human Trafficking and Sex Slavery by the high ranking security apparatus personnel was also discussed and a detailed report was submitted on this.