Death Threat to the Founder of IOPHR, Dr. Azmayesh and his Family, Oppression of Religious Minorities, and Prisoners of Conscience 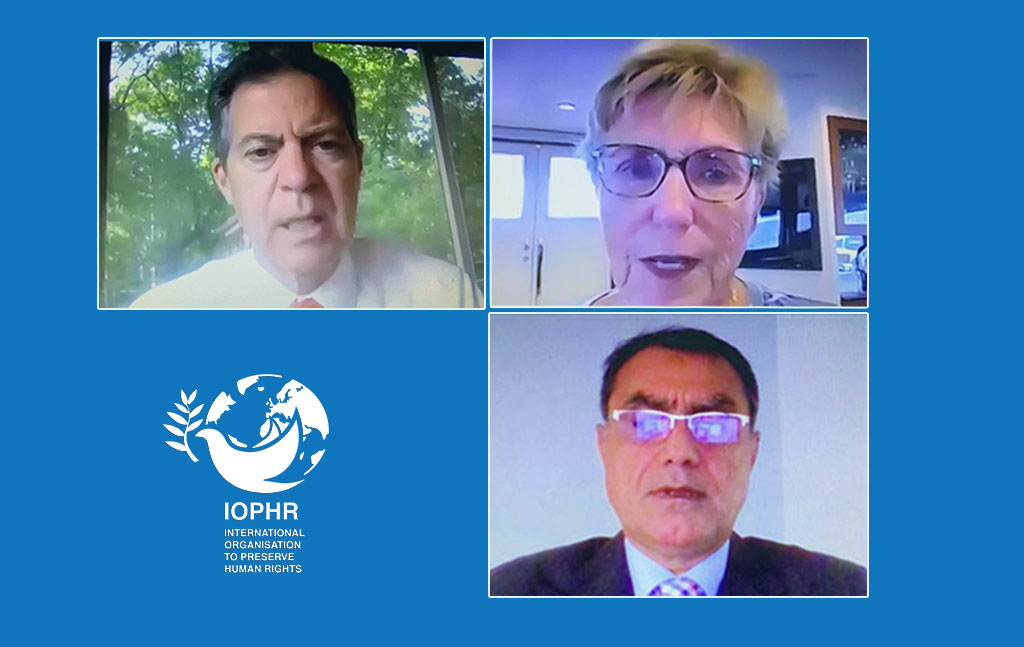 The U.S.A representative of the International Organisation to Preserve Human Rights (IOPHR), Hamid Gharagozloo spoke at today’s International Religious Freedom Roundtable with Ambassador at Large Sam Brownback and USCIRF chair Mrs. Gayle Manchin about the death threats against the founder of IOPHR, Dr. Azmayesh and his family. These threats have intensified since the beginning of the campaign to uncover the truth behind the suspicious death of Dr. Tabandeh, the spiritual leader of Gonabadi Sufis. Mr. Gharagozloo also mentioned that the oppression of Gonabadi Sufis has intensified again, following two Gonabadi Sufis who had served their unjust sentences, have been arrested again.

Hamid Gharagozloo reported about the prisoners of conscience and activists in Iran, especially Ms. Soheila Hejab, a Human Rights Lawyer and activist who was sentenced to 18 years in prison, and was violently transferred to the infamous Qarchak prison. Mr. Soheil Arabi has been in solitary confinement for the past 17 days with no access to his family.  He also talked about the fact that Mr. Arash Sadeghi’s life is in imminent and grave danger due to withholding the urgent medical treatment and care he needs.

Mr. Gharagozloo further reported about 8 Baha’is who have been summoned to serve their prison sentences despite the COVID-19 infestation of the prisons. In Shiraz, 7 of the 26 indicted Baha’is are set to go on trial soon.

Subsequently an extensive report was given about the death sentence issued for Mr. Pir Mohammadi, a Sunni prisoner, who, under intense torture, was forced to confess that he is a member of ISIS. Mr. Ali Hamid’s wife has threatened to set herself on fire in protest to the inhumane treatment of her husband who is subjected to constant physical torture and abuse. Mr. Ali Hamid is a Sunni prisoner who was arrested in Mashad and charged with being a member of ISIS based on his confession under duress. Mr. Gharagozloo also spoke about a 32-year-old Kurdish Sunni named Shaker Behrooz, who has been scheduled for execution, also based on false confessions under torture, along with the arrest of two Sunnis in Marivan, two others in Sanandaj, as well as a Sunni clerical student named Hesam Abdollahi who was arrested in Zahedan few days ago.

Mr. Gharagozloo concluded his report by stating that “This seems to be the new trend, obtaining false confessions under intense torture to being a member of ISIS, to justify death sentences for the Sunni prisoners in Iran”.