Death Threats against Mr. Ahrari of Kalemeh TV & Oppression of Religious Minorities and Dissidents in Iran 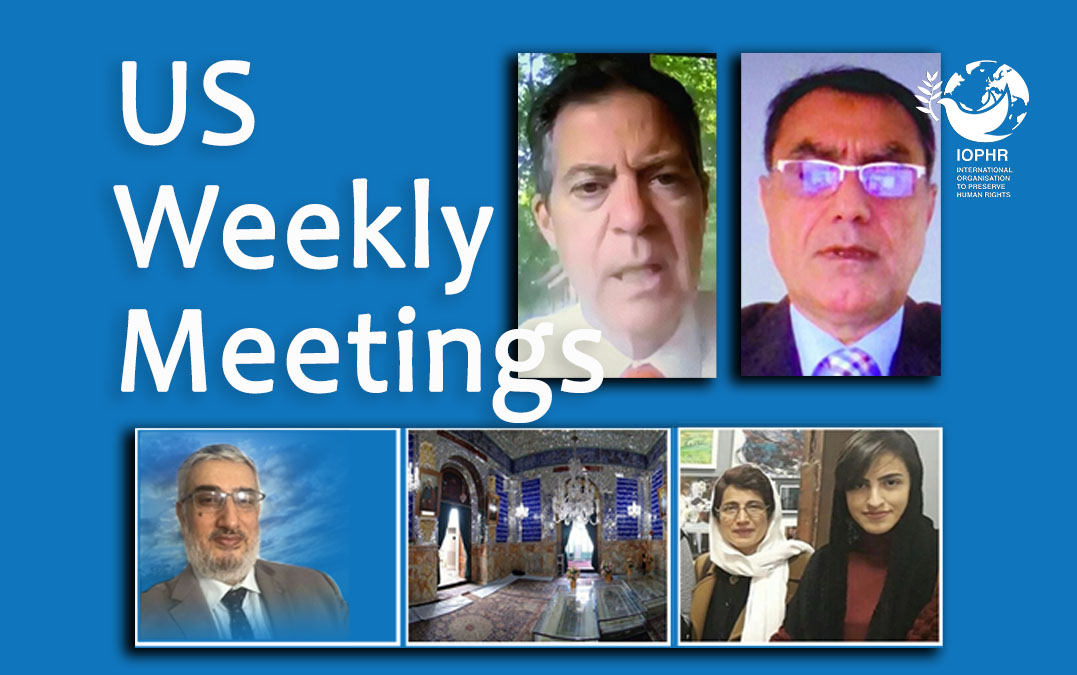 In today’s weekly Webinar at the IRF Round table meeting, IOPHR representative in Washington, Hamid Gharagozloo, spoke about the urgency and imminent danger to the Sunni human rights activists, and  journalist Mr. Ahrari of Kalemeh TV.

A massive wave of attacks and smear campaign on social media targeted many different segments of the Sunni community in Iran and against Mr Ahrari, as well as direct threats to his life. This coupled with the recent demand by the head of the regime’s media to pursue media outlets outside of Iran painting a dire picture of him. Unfortunately, many of these smear campaigns are done by some prominent opposition figures who have credibility among the different Sunni groups, however in reality are tied to the regime. Some of these accusations are: being tied to the Saudi government, being part of Akhvan-ol-Moslemin, ties to ISIS, cooperating with the regime in Iran against the Sunni communities, and many more.

He also reported about the Behnam Mahjoobi’s life being in danger. Mr. Mahjoobi is a member of the Gonabadi Sufi order who was transferred to the mental asylum as punishment for his protests in prison. The prison’s physician forced him to take 24 unidentified pills as medication.

In addition, he reported that Regime’s forces have shut down the Gonabadi Sufi’s shrine in Beydokht. There are indications that they are planning to confiscate the Sufi order’s properties all across Iran.

He further reported that Nasrin Sotoudeh was transferred to Qarchack prison last week and since then the harassment of her family has increased. Nasrin’s daughter, Mehrave Khandan was summoned to appear before court again.

This is a PR move by the regime to quiet the upcoming nationwide protests. After 3 months of violence, rape, imprisonment & murder of protesters, it’s too little too late. This uprising is no longer just about draconian dress codes. The Iranian people want democracy.
#MahsaAmini https://t.co/2wcuThP7Vn
View on Twitter
6609
0
In reply toKasra Aarabi (کسری اعرابی)