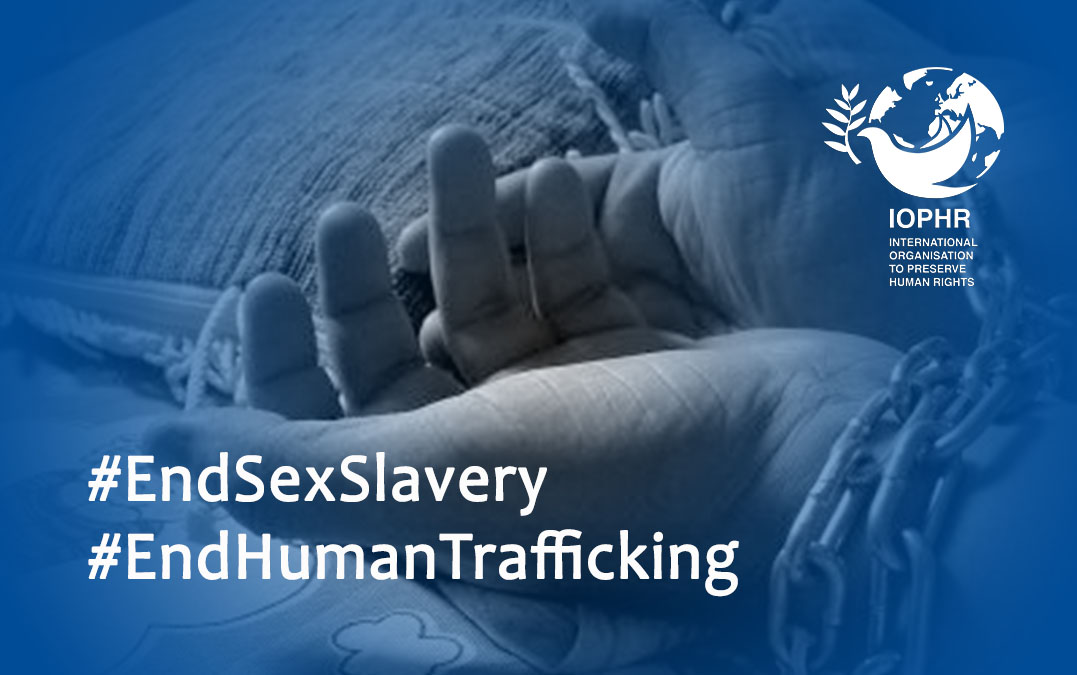 By: Hamid Gharagozloo, Op-ed Contributor as posted in Christianpost.com

According to the reports of multiple international organizations, Iran is one of the primary sources and points of exchange – both in terms of import and export – of human trafficking and sex slaves in the world. The following constitutes a brief summary of some of the most appalling statistics regarding the Iranian regime’s engagement in these practices over the past 20 years.

In 2003, the non-profit organization “The Organization for Defending Victims of Violence” reported that approximately 45 Iranian girls between the ages of 16-26 years old are sold each month in Karachi, Pakistan, to wealthy individuals.  In August 2004, a high ranking cleric named Hojatoleslam Mojtaba Keshani, who served on the central council of the hardline Ansar-i Hizbullah political organization at the time, publicly announced that he had ample evidence that high-ranking members of the security apparatus in Iran, with ties to the regime’s ruling class, were the leaders of human trafficking and sex slavery rings responsible for the abduction and sale of young Iranian girls (and some boys as well) to surrounding countries and even Europe. No one has seen or heard from Mr. Keshani since. Another article published 14 years ago by the quarterly human rights publication “The Mouvement Contre le racisme et pour l’amitié entre les peoples” (MRAP), discussed the dire status of the children in Iran at length and described the situation as a “Tragic Nightmare.” This article similarly reported that approximately 50 Iranian girls between the ages of 16-25 years old are sold daily in Karachi, Pakistan, by the agents of high-ranking officials in Iran.

An official statement by the chief of INTERPOL in the fall of 2006 corroborated previous reports that human trafficking and the sex slave trade are lucrative businesses for the clergy in Iran. As an example, the chief of INTERPOL cited that after the devastating earthquake in Bam, Iran, authorities abducted the orphaned girls and auctioned them off to wealthy Iranian and foreign individuals in Tehran. In April 2009, an article published by the “Ham Mihan” news agency exposed details of the regime’s business of selling Iranian girls in India. In a report on December 13, 2010 by the “Al Arabia News,” based on documents published by WikiLeaks, an Iraqi official detailed the regime’s practice of exploiting Iranian women to provide sex for Iraqi and Arab high-ranking officials in order to expand Iran’s influence in the region. In an interview in December 2013, the head of the police for the immigration and passport office in Iran confirmed the fact that Iranian girls are routinely smuggled to the surrounding Arab countries where they are sold as sex slaves, but brushed off the extent and severity of the practice.

More recently in 2017, the U.S. State Department identified Iran as a non-signatory to and non-compliant with the U.N. TIP protocol. The same report by the State Department details the trafficking and sale of young Iranian children aged 13-17, mostly girls, in Afghanistan, Iraqi Kurdistan, Pakistan, UAE, and Europe, where the younger children are used as servants until they are old enough to be sex slaves. This past April 2020, the “Young Reporters” news agency (part of the official media of the regime) reported the arrest of a human trafficking ringleader named Shahrooz Sokhanvary, responsible for selling young Iranian girls in Malaysia. In his confession, he admits his ties to several high-ranking officials of the regime who had protected him from legal pursuit over the years.

Furthermore, mullahs are the primary operators of the brothel houses in Iran, where they provide temporary marriage services to their patrons as a ruse for predatory sex, sometimes as short as few minutes, in order to give their abhorrent business a legal and legitimate appearance. But the other, more sinister side of the mullahs’ business is to identify their victims for abduction and sale overseas. The Islamic Revolutionary Guard Corps (IRGC) routinely recruits agents from within the destitute ethnic minority communities, such as the Baluchis, to scout these communities for possible victims. In some cases, the IRGC even purchases these young girls from their parents (who are vulnerable because of the abject poverty imposed on these ethnic groups) rather than abducting them.

The official social services agencies that are supposed to provide basic social and financial safety nets for the poor and the needy are other instruments of the regime to identify desperate families to prey upon. Similarly, prison authorities routinely exploit the families of the prisoners who have lost their breadwinner and are therefore destitute by offering financial assistance and money in return for their young children. Tragically, the sale of infants by their parents has grown to a point that it has become an established business run by agents connected to the IRGC and high-ranking members of the security apparatus.

Another method used by these criminals is to formally adopt their victims with the aid of corrupt officials who facilitate and approve the adoptions in record time. Then, with proper legal documents and as the children’s legal adoptive parents, these human traffickers take their victims to the desired markets all over the world and sell them. These harsh realities must be faced by the world and those responsible must be held responsible for their crimes.