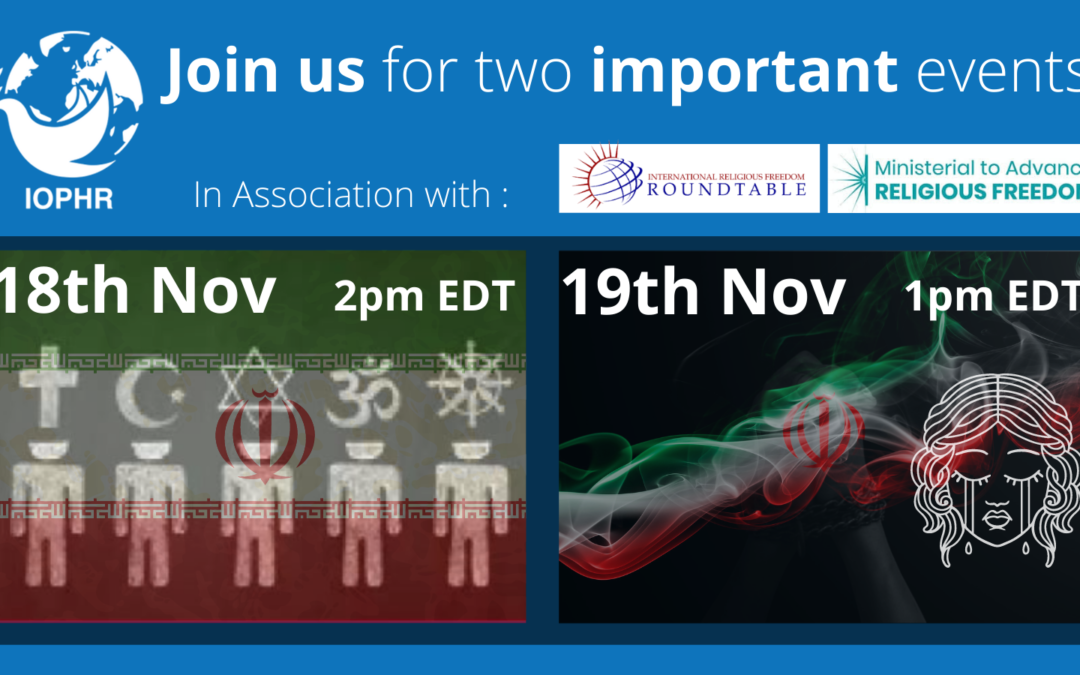 For the last 40 years, Iran’s ruling regime has claimed to have a population of up to 90% Shia Muslims, whereas in contrast, Iran is made up of diverse groups of religions and ethnic groups, all of whom are continuing to be oppressed, without the most basic citizenship rights. This event will invite representatives from Baha’i, Christian, Jewish, Sunni and Sufi faiths to discuss the worsening of conditions under Iran’s ruling regime. Join and Register on Eventbrite.

Women and children have suffered severely since the Islamic Revolution in Iran due to the growing systematic and widespread human rights violations in Iran. In recent years, Iranian women have fallen victim to the propagation of hate-filled rhetoric by a number of religious leaders, especially Friday prayer leaders, who have provoked violent hate crimes against women. Whilst the irreversible acid burns on innocent Iranian women’s faces, who were attacked a few years ago by the provocation of the Friday prayer leader of Isfahan, have not yet healed, the same clergy once again has recently encouraged his followers to attack women with “bad hijab”. Join and Register Eventbrite.