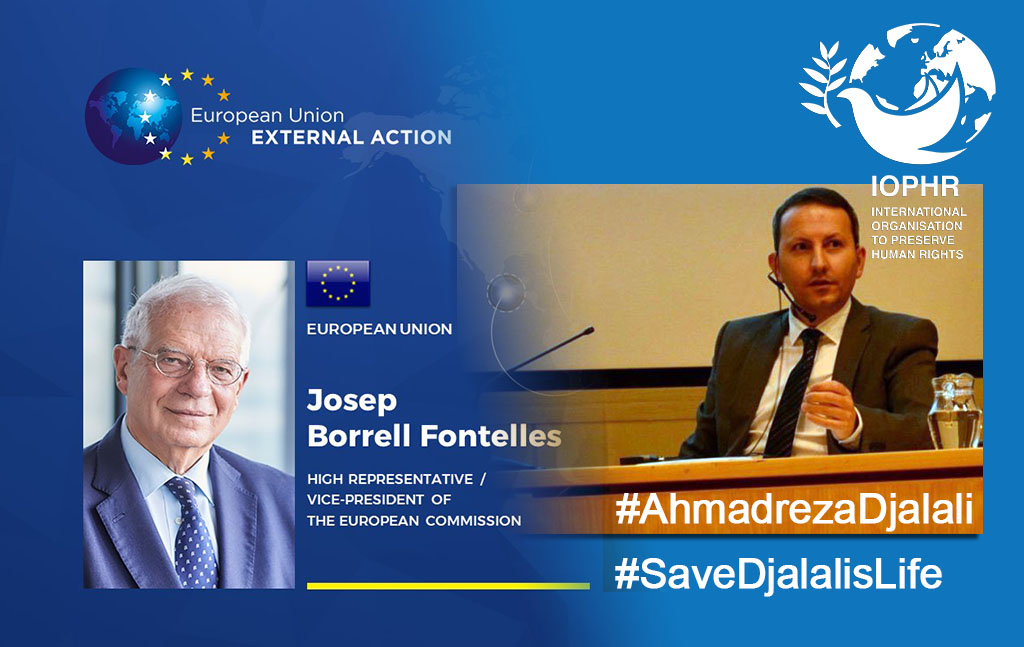 I am writing to you on the behalf of International Organisation to Preserve Human Rights (IOPHR). We are an active independent non for profit organisation, and think-tank based in the United Kingdom, with members spanning across the world. IOPHR has no political or religious inclinations, as our first imperative is the protection of human rights and democratic values within our societies. You can find more information about us, on our website (iophr.org).

According to news reports, Dr Ahmad Reza Djalali, an Iranian-Swedish physician and crisis management researcher, who was sentenced to death in a very opaque and dubious trial, has recently been transferred to solitary confinement in preparation for his imminent execution.

Dr Ahmad Reza Djalali, is an Iranian-Swedish disaster medicine doctor, lecturer and researcher who has worked in several universities in Europe, such as  Karolinska University of Sweden, where he attained his PhD,  Università degli Studi del Piemonte Orientale in Italy, and  Vrije Universiteit Brussel  in Belgium.

In this regard, IOPHR would like to draw your attention to a very important point, namely that Dr Djalali, was sentenced to death because he refused to cooperate with the Iranian intelligence services, by refusing to spy on crisis control centres in Europe.

It also should be noted that Dr Djalali, as part of his duties held positions within European countries, that allowed him to oversee sensitive, and important information related to the security of European citizens, and this sensitive position made him a valuable target for the Iranian security services in order to exploit and coerce. Thus, today Dr Djalali finds himself on the death row precisely, because he refused to cooperate with the Iranian authorities.  Therefore, it should not be forgotten that the security of European citizens today is partly due to Dr Djalali’s heroic resistance to the brutal torture of Iranian security forces.

Consequently, IOPHR respectfully urges you, as a security and foreign policy officer of the European Union, to use all available means to stop the imminent execution of Dr Ahmad Reza Djalali.

Moreover, it should be noted that the success of the efforts of the EU security and foreign policy apparatus in saving the life of a researcher in the field of European security, will also go some way to increase the international credibility of the EU, and the trust of the Iranian people towards the EU.

Finally, it should not be forgotten that Dr Ahmad Reza Djalali’s suffering is due to his commitment to the European security. A commitment that he is even willing to sacrifice his life for! Thus, it is not only inappropriate to leave Dr Ahmad Reza Djalali alone during these difficult circumstances, but given all the above, it should be part of EU’s moral imperative to help Dr Djalali, given EU’s human rights foundational principles.

In this regards, IOPHR is grateful for your kind attention to this matter and for any assistance you can provide to Dr Ahmad Reza Djalali and his family during these difficult times by committing to undertake all necessary external actions to stop Dr Djalali’s imminent execution.