Update on the Case of Mr. Labbaf, “a Persecuted Gonabadi Refugee” 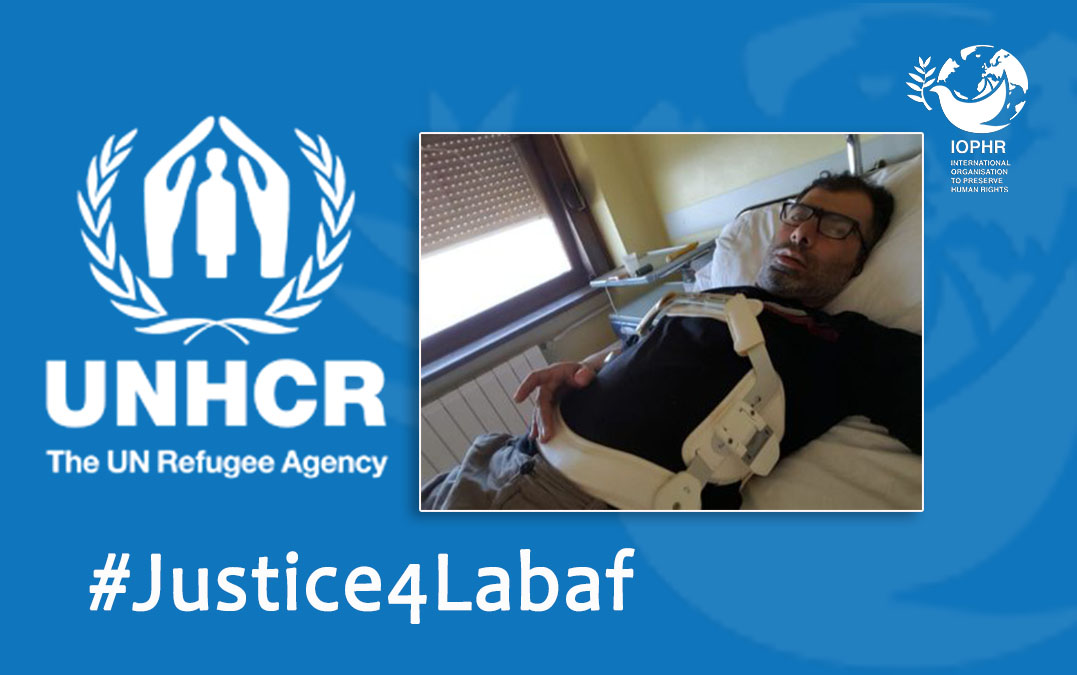 An updated report with details of the case of Mr. Amir Alimohammadilabaf, also known as Amir Labbaf, a persecuted Gonabadi Sufi living in exile as a refugee in Croatia, has been presented by IOPHR to the U.S. Government and the European Union and various Human Rights agencies.

Mr. Labbaf was severely beaten and arrested during the widespread violent attacks on Gonabadi Sufis in February 2018. Then, without proper due process, he was sentenced to prison where he endured regular torture and beatings at the hands of his captors. Upon his release from prison, Mr. Labbaf fled Iran to Turkey to avoid further arrests and persecution. Due to the imposing threats from the regime in Iran, and lack of any will by the Turkish authorities to protect Iranian refugees, he had to leave Turkey and seek refuge in Greece.

Later, he fled to Croatia as the final destination for him to seek asylum as a member of a persecuted religious minority. Tragically, he was severely hurt and sustained serious injuries in a hit and run car accident, for which he is currently under long-term medical care. Although his asylum case was still under review, without any apparent reason or justification, he was taken from the hospital, driven to a remote location in Bosnia and left there in the middle of the night. Mr. Labbaf has filed a complaint through the United Nations Refugee Agency (UNHCR) against Croatia where his case is currently being pursued.

Mr. Labbaf is under tremendous emotional, physical, and financial pressure, and is suffering from many health issues.

IOPHR calls on the UNHCR and European Union to urgently review and identify this case and assure Mr. Labbaf’s safety and asylum.