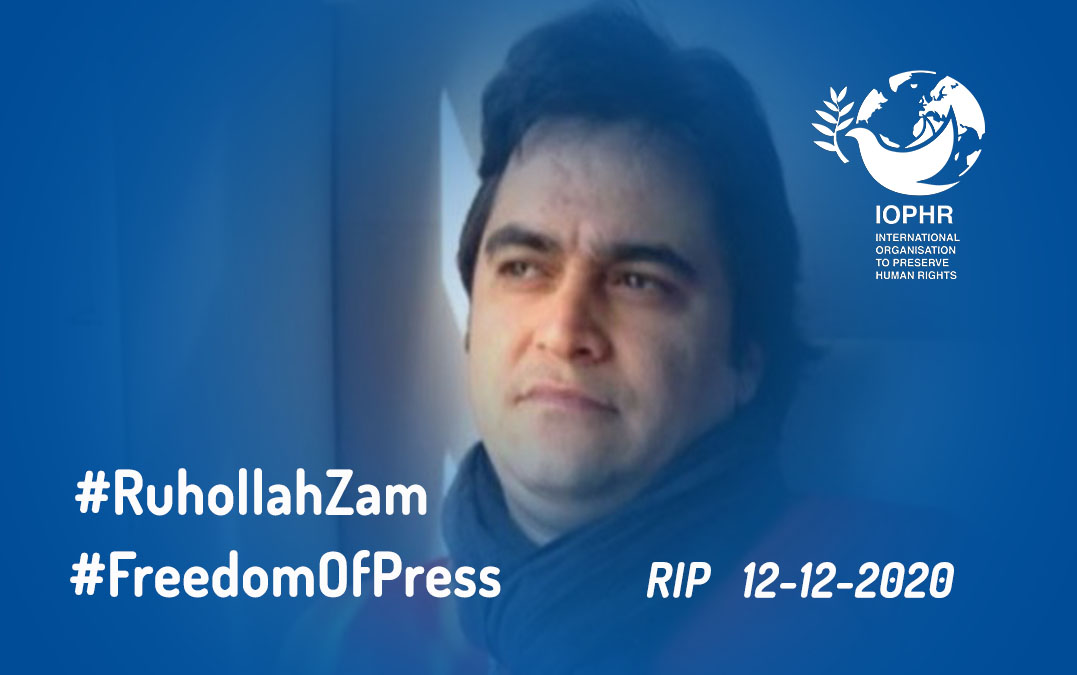 In the early hours of this morning, 12th December 2020, only two days after the International Human Rights Day, which celebrates the United Nations declaration of human rights, the Iranian regime unjustly executed the journalist Ruhollah Zam. Mr Zam’s only crime was that through his Telegram channel, he spoke and provided free voice to those who were opposed to the unjust actions of the Iranian regime. Ruhollah Zam was the founder and CEO of the AmadNews (Voice of the People) Telegram channel and news network, which was considered to be one of the most popular Iranian news networks abroad, as it was able to consistently expose the internal corruption of the ruling regime in Iran, as well as provide valuable information to the Iranian people about the corruption, and theft of Iranian officials, and their families.

Mr Zam was executed, after the Iranian Supreme Court rejected his appeal on the 8th December 2020, two days prior to the International Human Rights Day. All of which proves how dangerous the conditions in Iran are, and how much contempt the Iranian regime has towards human rights. As in Iran there is no independent Judiciary, and innocent lives have no value. For the Supreme Court, which is supposed to be the highest judicial authority in Iran, is unable to make its own rulings and is being forced to implement the orders of the regime.

Mr Zam was illegally abducted in Iraq on October 14, 2019 and then transported to Iran, where under torture, he was forced to plead guilty to false charges of “insulting government officials and inciting people to riot”, “supporting those convicted on security grounds in Iran” and the “publication of lies.” Other falsified charges including “widespread involvement in fuelling unrest, destruction and disruption of the economic system” and “action against the internal and external security of the Islamic Republic” were also brought against Mr Zam to justify the issuance of the death penalty. Given that Mr Zam was abducted from Iraqi soil, the Iraqi government also needs to address how a person visiting its soil can be abducted by forces of another nation.

Only yesterday a petition was signed by a number of MEPs requesting that Mr Zam’s execution be halted, which the Iranian regime ignored. All of this shows that there can be no reasoning nor any form of negotiation with the Iranian regime that is determined to oppress its own citizens, and is willing to kill in order to keep people from expressing their opinions.