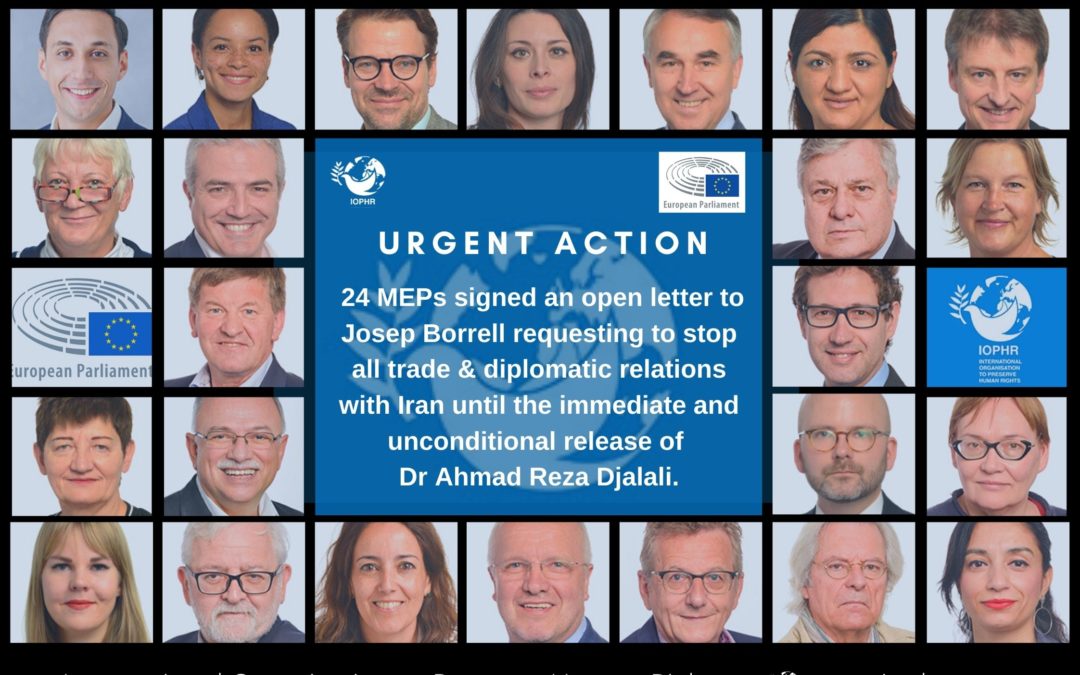 In an open letter to Josep Borrell Fontelles, a number of MEPs expressed alarm in regards to the Iranian Regime’s execution of Mr Roullah Zam and the regime’s continued complete disregard for the most basic human rights. The letter also expressed concern about the death sentence given to the Swedish-Iranian citizen, Dr. Ahmad Reza Djalali whose execution sentence was recently confirmed by the Iranian Supreme Court, and subsequently, was transferred to the place of execution.

The letter also requests that all trade and diplomatic relations of the entire European Union, as well as all member states with Iran, be suspended until Dr. Ahmad Reza Djalali returns to his country of residence, Sweden.