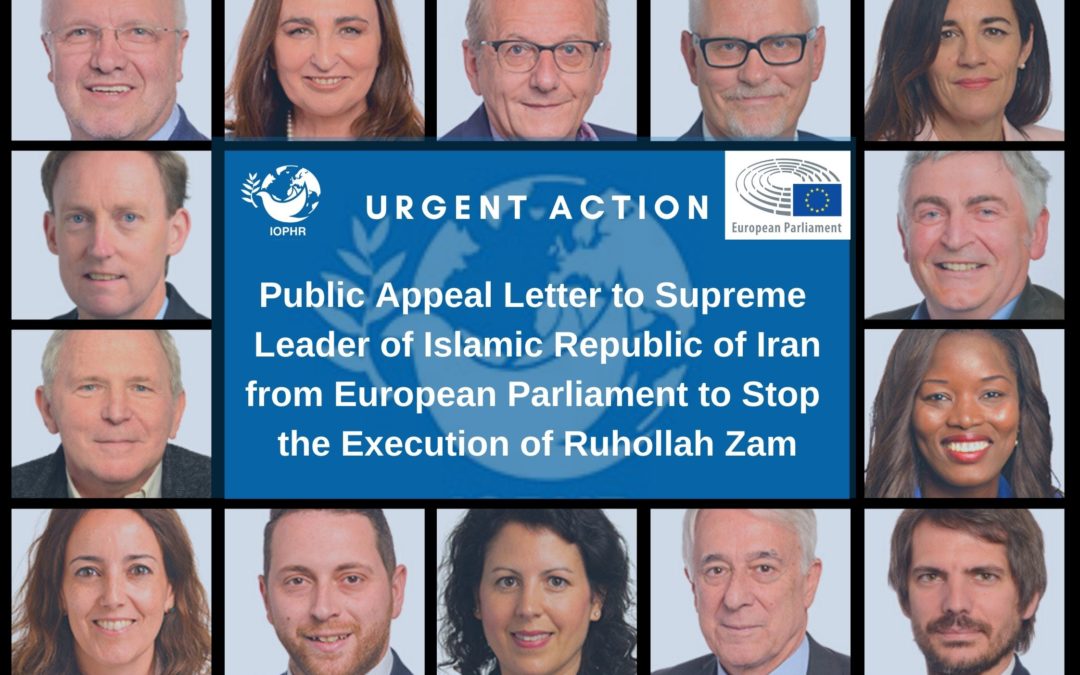 Today, 11th December 2020, one day after International Human Rights Day, 14 MEPs have signed a Public Appeal Letter as an Urgent Action against the looming execution of Ruhollah Zam in Iran. The Appeal is addressed to the Supreme Leader of the Islamic Republic of Iran, Ali Khamenei and demands that he puts a stop to the execution of journalist Ruhollah Zam. The Iranian journalist was illegally abducted from abroad on October 14, 2019, and then transported to Iran where he was forced under torture to plead guilty.

In the Letter, Members of European Parliment call on the Supreme Leader of Iran to take immediate action to put an end to the injustices and human rights violations taking place, by stopping the inhumane execution of Mr Ruhollah Zam, and freeing him of all charges.