IOPHR Statement on the Unrestrained Execution of Sunni Prisoners 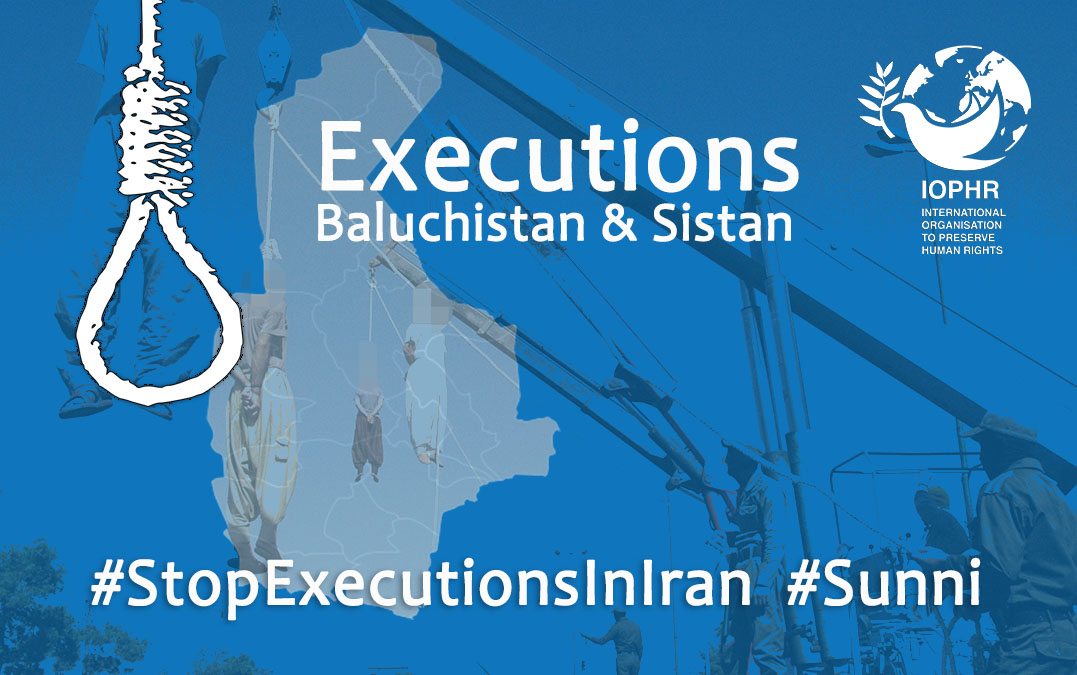 Once again, three other Sunni youths were executed on Sunday 3rd January 2021 at 10 am in Sistan and Baluchestan Province of Iran, even though their request for retrial was registered and officially submitted to prison administration officials.

The executions took place, despite the fact that all the judicial officials of the province were aware of filing of request for retrial. Yet, all three people were hastily executed on Sunday in order to avoid the possibility of postponing or suspension of the sentences.

The legal proceedings for all Sunni prisoners were completely vague and took place without proper legal process.

Theses hasty executions of Sunni prisoners in Iran is a clear sign of the ruling regime’s religious apartheid policy against Iranian Sunni citizens.

The International Organisation to Preserve Human Rights (IOPHR) warns that the pursuit of religious apartheid by the ruling regime in Iran will undoubtedly pose a risk of religious clashes even outside Iran.

Accordingly, The IOPHR, would like to draw the attention of all relevant international authorities to this dangerous situation, and calls on them to reach a global agreement as soon as possible where they put pressure on the Iranian Regime to immediately put an to end this dangerous situation that threatens the Global peace and security in Iran and surrounding regions.

The IOPHR takes opportunity once again to point out that the current policy engagement and trade towards ruling regime in Iran has been tested for many years without any sign that the Iranian Regime will ever change its inhuman policy towards its own citizens and protect the principles of human dignity. Therefore, IOPHR asks all international bodies to take a different approach to engaging with Iran, one that puts human rights as the primary principle of any engagement with Iran. As only through such an approach one can be assure of peace and stability in Iran and the surrounding regions.