IOPHR Statement in regards to the detaining of the body of the murdered prisoner Mr. Behnam Mahjoubi by the Islamic Republic of Iran 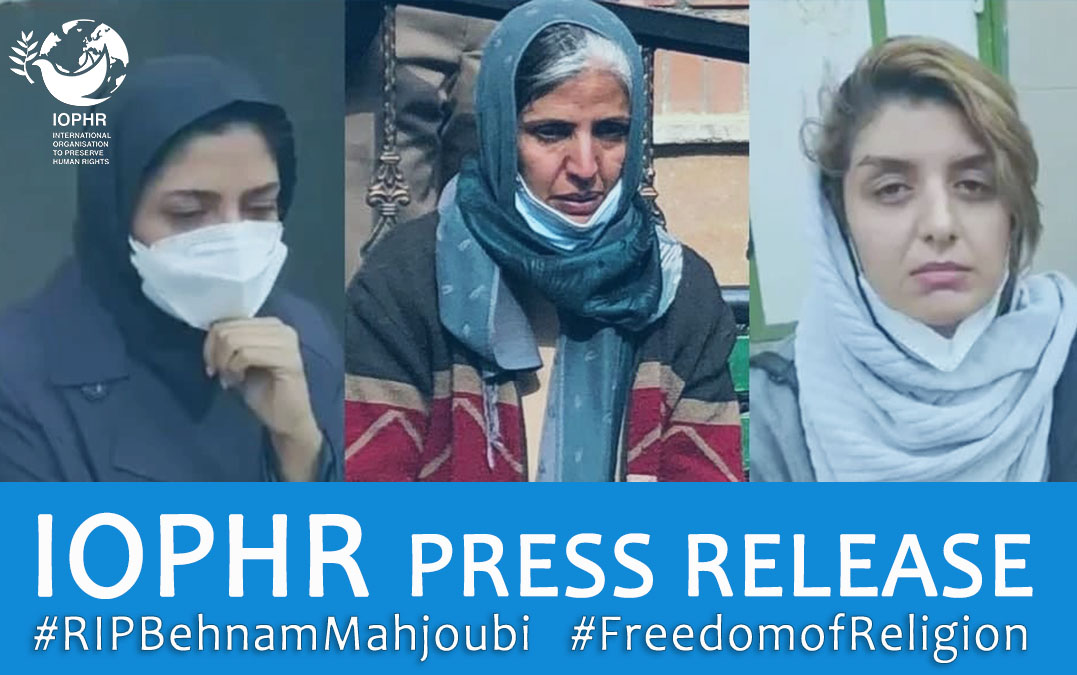 According to reports received, the security agents of the ruling regime in Iran, have refused to hand over the lifeless body of the brave prisoner of conscience, Behnam Mahjoubi, who was killed in the Evin prison hospital due to poisoning. The authorities have made the delivery of Behnam Mahjoubi’s body conditional on the family’s commitment to bury their child overnight, without any formal funeral, and the attendance of mourners.

Furthermore, the death of Mr. Behnam Mahjoubi occurred under very suspicious circumstances, due to poisoning through an overdose in the Evin Prison Medical Centre, where access to medicine is not possible except through prison doctors. As a result, Mr Mahjoubi’s family demands for an autopsy, as an official medical report is not only a legal requirement, but also of paramount importance in discovering the exact cause of Mr Mahjoubi’s death.

It should also be noted that according to regulations, the following circumstances of death must all be referred to the Forensic Medical Examiner:

Therefore, in accordance with Iranian law, the officials of Evin Prison and Loghman Hospital, must follow regulations and hand over the body of Mr. Behnam Mahjoubi to the forensic examiner for an official autopsy.

In this regard, IOPHR fully supports the legal request, and the rights of the family of Mr. Behnam Mahjoubi for an autopsy, and the publication of an official report on the cause(s) of the unexpected death of the 33-year-old, Mr Mahjoubi. Moreover, IOPHR also stresses that holding a funeral is a basic legal and human right of every person and cannot be taken away by any individual or authority.

Accordingly, IOPHR invites all democratic governments and freedom-seeking citizens, human rights activists, and especially fellow Iranian citizens to support the legal request of Behnam Mahjoubi’s family for an autopsy, so that the exact time and cause(s) of Behnam Mahjoubi’s death can be discerned.

IOPHR also asks all the above groups to show their support for the family of this courageous tortured soul, and to not leave his family alone in this critical time, so that they can take their son to be buried in his birthplace of Kerman, and provide him with a proper burial that this brave freedom fighter, and prisoner of conscience truly deserves.

Mr Mahjoubi’s family deserve to bury their beloved Mr Mahjoubi in a dignified manner, and grieve for their loss through a proper funeral that every human being is entitled to and merits.