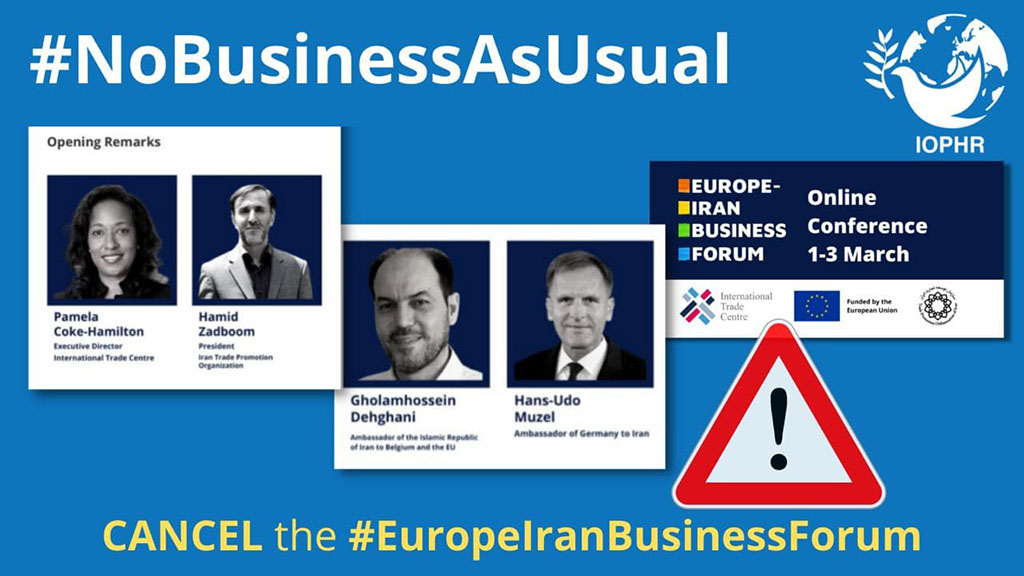 On the 26th February, 21 MEPs signed a letter to the President of the European Council, Charles Michel, President of the European Commission, Ursula von der Leyen and High Representative of the EU for Foreign Affairs and Security Policy/ Vice-President of EU Commission, Josep Borrell Fontelles, urging them not to take part in the Europe-Iran Business Forum, scheduled to take place from 1st to 3rd March 2021. This event was originally cancelled in November after the execution of the Journalist, Rouhollah Zam. Since then, the situation of human rights and the number of executions have increased, such that Iran now holds the highest number of execution in the world. In light of the recent and tragic murder of Behnam Mahjoubi, Zahra Esmaili and many other innocent Iranians, IOPHR supports this open letter, and urges others to join, until all relations between Iran and Europe are conditioned on Iran’s observance of human rights.