IOPHR Statement on the need to provide immediate Security for Mr. Amir Labbaf 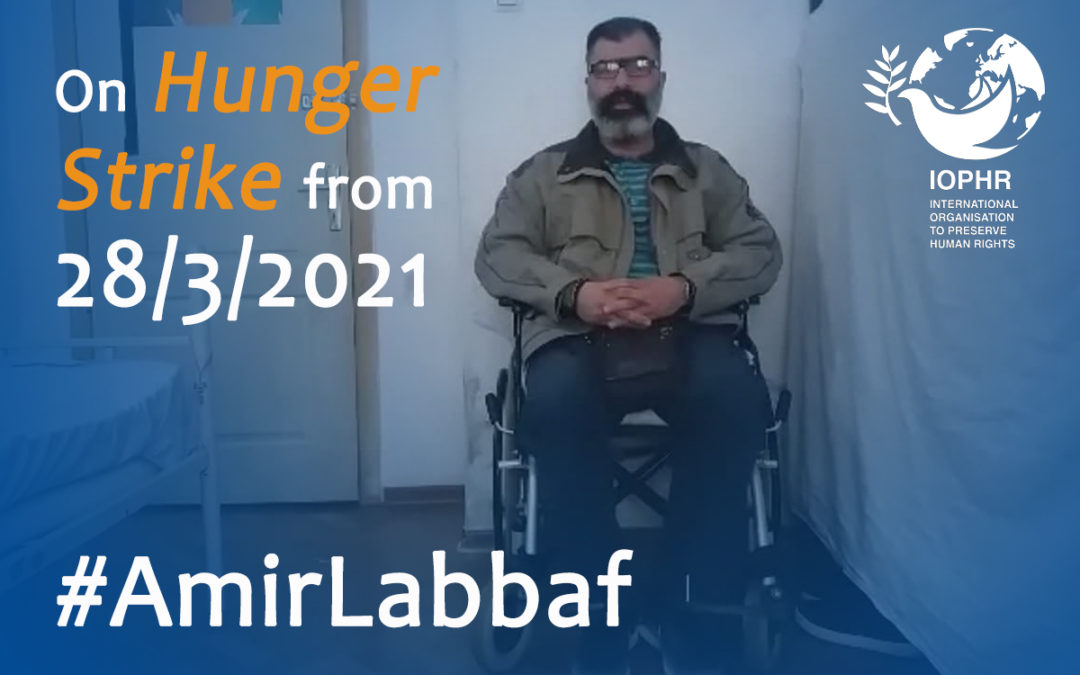 According to reports received, Mr. Amir Labbaf, an Iranian asylum seeker based in the Sadr Camp in Bosnia and Herzegovina, has gone on a hunger strike in order to protest the lack of security and medical care in Sadr Camp.

Mr. Labbaf was one of the eyewitnesses and victims of the widespread crackdown of Sufis in Iran, who was finally able to avoid the clutches of the Iranian regime’s agents and escape Iran, and now resides in Camp Sadra in Bosnia and Herzegovina. Prior to his escape, Mr Labbaf was arrested numerous times, exiled away from his loved ones, forced to provide confessions under duress, and was tortured so severely that he went into coma two times.

During his journey to Europe, he had an accident in Croatia, in which, unfortunately, the relevant authorities in Croatia, did not provide him with the minimum essential medical care and assistance in his asylum case, and instead forcibly moved Mr. Labbaf to the border and made him cross into Bosnia, without addressing his delicate and urgent need for medical attention.

In a video released by Mr. Labbaf, he states that the reason for his hunger strike at Sadr Camp in Bosnia and Herzegovina was the authorities’ lack of attention to the need to provide security for him. He also stated that if this lack of attention to his safety and security continues, he will refrain from taking his prescribed medication, and will eventually start a dry hunger strike, where he will refrain from even drinking.

In this regard, the IOPHR notes that the dangers posed to Mr. Amir Labbaf’s life has increased in recent years, given the Iranian regime’s overseas efforts to physically eliminate its opponents through foreign terrorist operations. Especially, given the fact that in Europe, such operations are on the rise. Thus, Mr Labbaf, who is a witness and victim of the violation of the rights of religious and political minorities in Iran, is in grave and life threatening danger.

Accordingly, the IOPHR would like to draw the attention of all international organisations, especially human rights activists and authorities of Bosnia and Herzegovina, to the critical situation of Mr. Labbaf in Sadr Camp, and the responsibilities they have in accordance with international conventions on asylum seekers. Therefore, IOPHR requests that the authorities of Bosnia and Herzegovina take the necessary security measures, as soon as possible in order to save the life of Mr. Amir Labbaf.