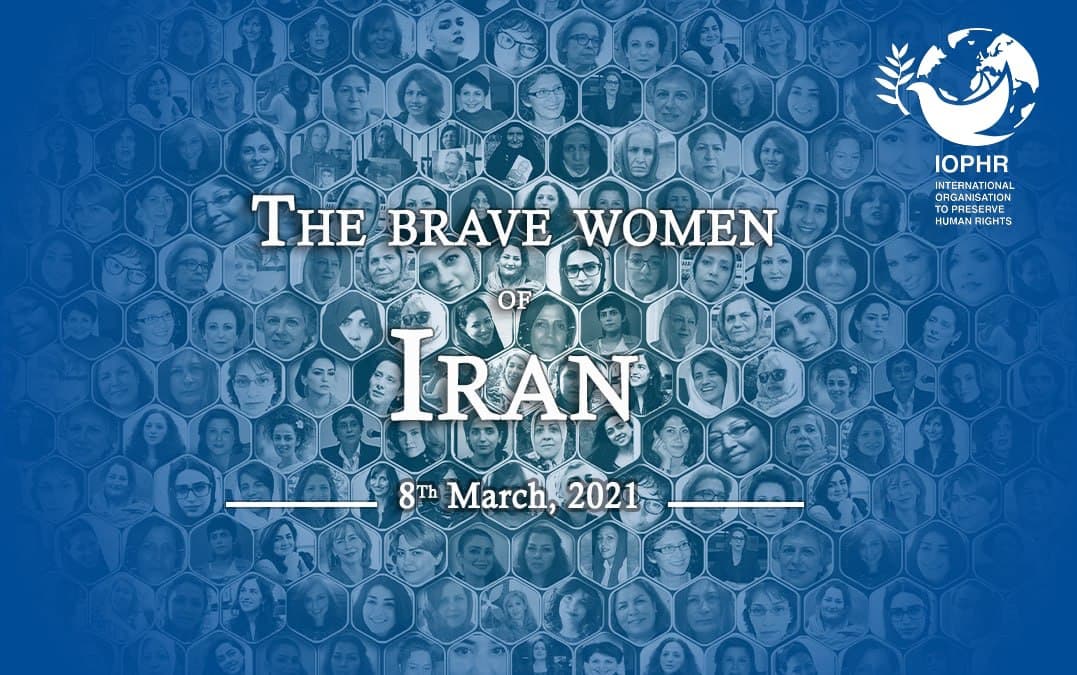 IOPHR notes while the Day for Women’s Rights and International Peace is rightly celebrated around the world, there are sadly more than forty million Iranian women who are still held captive by a backward looking medieval ideology of the current Iranian Regime.

Unfortunately, the Iranian women have suffered for decades from gender discrimination by the forty-year rule of the extremist regime in Iran, which has led to the creation and development of anti-feminist regulations, which in turn has resulted in the great oppression of Iranian women.

The chauvinistic Islamic Republic’s view of women is instrumental in the propagation of its agenda, and the leaders of the Islamic Republic through this extremist view are trying to establish misogynistic ideas in society through the spread of superstition and falsehoods.

As under the current Iranian laws, women in Iran are denied access to many occupations, such as judges, and in many social matters are forced to obtain permission from their fathers or husbands.

On the other hand, fortunately, strong willed and resilient women all over Iran, have in response raised the banner of the struggle against ignorance, and superstition spread by the Iranian regime.

Moreover, the IOPHR would especially like to draw the world’s attention to the very difficult conditions faced by  nine women prisoners in Qarchak prison in Varamin, namely Ms. Golrokh Erayi, Marjan Davari, Raha Ahmadi, Leila Mirghafari, Mari Mohammadi, Zahra Sadeghi, Zahra Zare Seraji, Maryam Ebrahim Vand and Elnaz Pakravan. Each of these brave women can be a source of great service to human society, outside of the pressures imposed on Iran by the Islamic Republic, yet sadly they find themselves in prison simply because of their views.

In this regard, the IOPHR also notes that the large number of Iranian women, who have high standards of achievements in the areas of science, culture, and social-education, find themselves in direct opposition to the environment created by the leaders of the Islamic Republic of Iran. As result of which they are viewed as dangerous by the current Iranian regime, and thus are not allowed to grow and fulfil their immense potentials.

Accordingly, the IOPHR calls on all human rights activists, and activists around the world to pay extra attention to the dire conditions of women’s rights in Iran, and to use all available means to pressure the authorities of the Islamic Republic to repeal all anti-feminist laws, which are the source of suppression and oppression of millions of Iranian women.