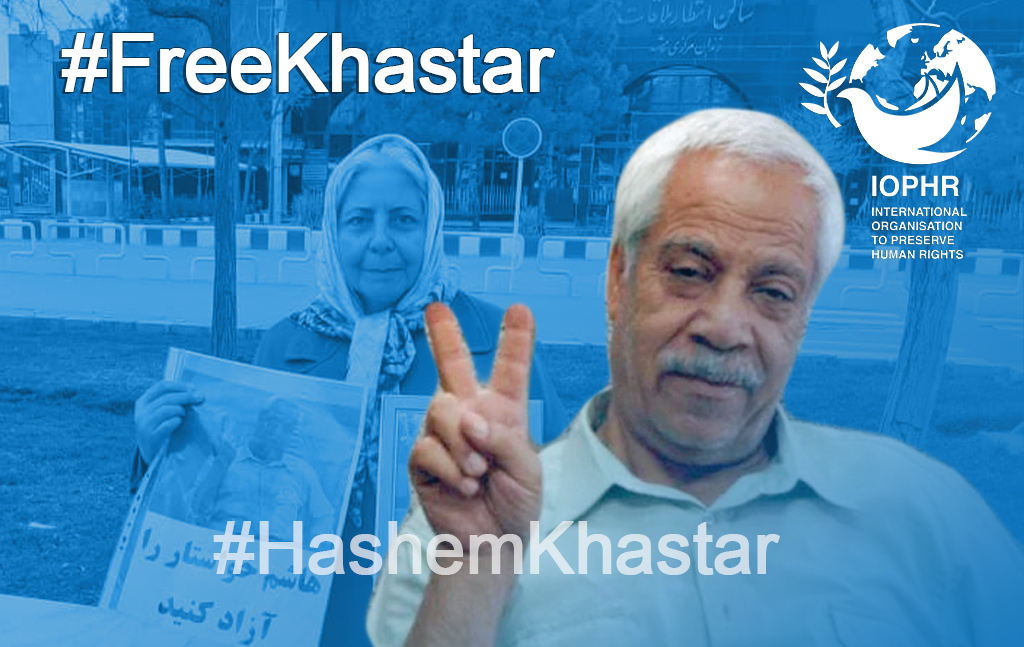 Once again, the IOPHR would like to draw the attention of all international organisations to the plight of prisoners of conscience and political prisoners in Iranian prisons, especially Mr. Hashem Khastar – the imprisoned teacher and activist, who has sadly spent large part of his life since 2004 in the prisons of the Islamic Republic of Iran, due to his human rights activities.

Mr. Hashem Khastar’s latest episode of incarceration, began when he was arrested on October 22nd 2018, solely for highlighting the union and citizenship rights of Iranian teachers and opposing the oppressive Iranian regime. As a result of which, a year later he was sentenced to 16 years in prison for simply signing a letter requesting the resignation of Ali Khamenei, the supreme leader of Iran’s ruling regime.

In this regard, the IOPHR notes that although expressing an opinion and writing a letter is not a crime, even under current Iranian law, Mr Khastar was still sentenced to 16 years in prison based on a judicial order issued, under coercive pressure from the Islamic Revolutionary Guard Corps. All of which clearly shows the illegality, and incompatibility of crime and punishment in this regard.

Accordingly, the IOPHR, not only condemns the illegal deprivation of Mr Khastar’s civil rights, but also demands the immediate release of Mr. Hashem Khastar.

Furthermore, considering the recent circumstances where certain prisoners, especially political and ideological prisoners, seem to be conveniently murdered in various ways inside Iranian prisons all at the behest of the Iranian regime, IOPHR would also like to draw attention to the current critical health condition of Mr Khastar on the eve of his seventieth birthday. Moreover, the Iranian authorities should be left in no doubt that IOPHR and other human right organisation will blame the authorities of the Islamic Republic of Iran for any unfortunate incident that befalls Mr Khastar whilst in prison.

It also should be noted that Mr. Hashem currently is suffering from high blood pressure, and is in need of immediate medical attention, and according to reports received last week, 200 ml of blood has been withdrawn from his body in order to lower his blood pressure.

Consequently, the IOPHR notes, given Mr. Khastar’s fragile health, it is impossible for him to bear this type of unjust punishment any longer, especially in the face of old age and illness. Therefore, he should be released from prison immediately and unconditionally.

Additionally, it should be obvious to all, that the officials of the Islamic Republic of Iran are solely responsible for the consequences of any unfortunate incident that befalls Mr. Khastar, while inside the Iranian prison system.