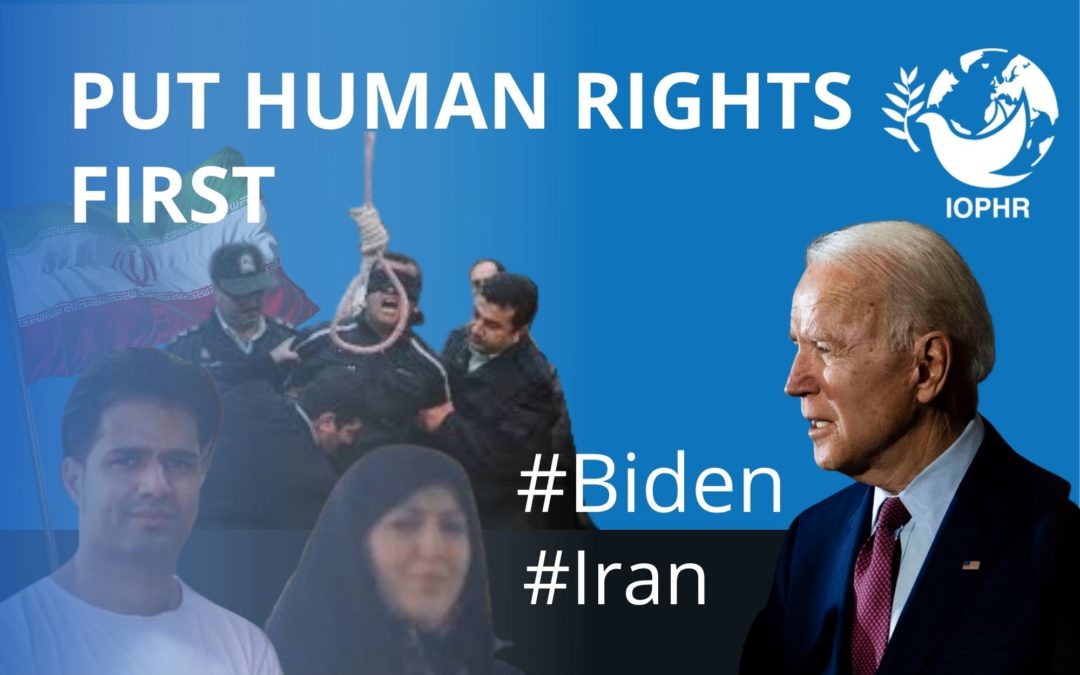 The Iran Working Group at the US Office of International Religious Freedom has sent following letter to President Biden and his administration.

Behnam Mahjoubi, a Gonabadi Sufi who endured vicious physical and mental torture in the infamous Evin prison in Iran for the past two years, was murdered in prison a few weeks ago. His body was transferred to a hospital to be kept alive in its comatose condition to keep his family and Gonabadi Sufis in a surreal state of hope and despair, in order to prevent a possible mass protest. In the end, the authorities refused to release his body to his family unless his mother abandoned her request for an autopsy. The Iranian regime’s prosecutor responsible for the Gonabadi Sufi prisoners’ cases has openly expressed his hatred of the Gonabadi Sufis and declared that they should face the same fate as Behnam Mahjoubi.

Ms. Zahra Esmaili falsely confessed to the murder of her husband, a high-ranking Islamic Revolutionary Guard Corps (IRGC) member who had savagely abused her for decades, in order to protect her daughter who had in fact killed her father while he was violently beating her mother. Despite the evidence, Ms. Esmaili was murdered by the authorities not too long ago. She and 16 other prisoners were transferred to a special facility to be hanged. The executioners hanged the 16 other prisoners before her eyes and the trauma of what she witnessed caused her to have a massive heart-attack. Yet, the shameless prison personnel hanged her lifeless body as well.

A few weeks ago, armed IRGC members have shot to death eight Baluchis in the southeast province of Baluchistan. Their only crime was smuggling tiny amounts of fuel in their cars to earn a meager living and escape the abject poverty imposed on them by the regime.

Over the past month or so, 33 Baluchis have been executed based on false confessions extracted under torture. During this same time, over 110 Iranian Kurds have been arrested and sentenced to prison. They face a similar fate to that of the Baluchis’.

A few weeks ago, Basiji and IRGC agents abducted a Sunni Imam, Mohammad Hassan Pahlevan, in Birjand. As of yet, his family and followers lack any information about his health and whereabouts.

The oppression of the Baha’is continues at an alarming rate. Summons to appear before court, baseless charges, prison sentences, and other prosecutorial abuses have spiked in recent months. What is especially alarming is the verdict by the lower court in Mazandaran, affirmed by two appellate  courts, regarding the right of property ownership. For the first time, the regime’s judiciary has ruled that Baha’is do not have the right to property ownership because of their faith. The affirmation of the lower court’s ruling by the higher courts creates precedents to establish this ruling as national law.

Another distressing issue is the recent addition of Articles 499 and 500 to Volume 5 of the regime’s Penal Code, which enables the regime to brand any group as a cult or sect at will, the existence of which is illegal and bears harsh penalties. This legislative development is particularly disturbing with respect to Gonabadi Sufis and Baha’is.

These accounts are just a snapshot of the atrocities that the ordinary people of Iran endure every day. The frequency and severity of the injustices inflicted upon the people of Iran necessitates urgent action, holding the oppressive regime in Iran and the perpetrators of these crimes accountable. Iran consistently ranks among the worst nations in terms of Human Rights violations, executions, the misery index, drug addiction, human trafficking, child slavery, and sex slave trade. Over the past forty years, through demonstration after demonstration and protest after protest to no avail, the people of Iran have clearly demonstrated that the regime in Iran is incapable of reform and heedless of the will of the people. The only language the regime responds to is a unified firm stance from the international community.

Given the depth and severity of these crimes and the urgency of the situation in Iran, we at the Iran Working Group of the International Religious Freedom Office respectfully ask President Biden and his administration and the U.S. Congress to prioritize Human Rights as a key component of their negotiations with the regime in Iran. A free and democratic Iran would benefit not only its people, but the world at large, bringing stability to the region and beyond.

Iran Working Group at the US Office of International Religious Freedom