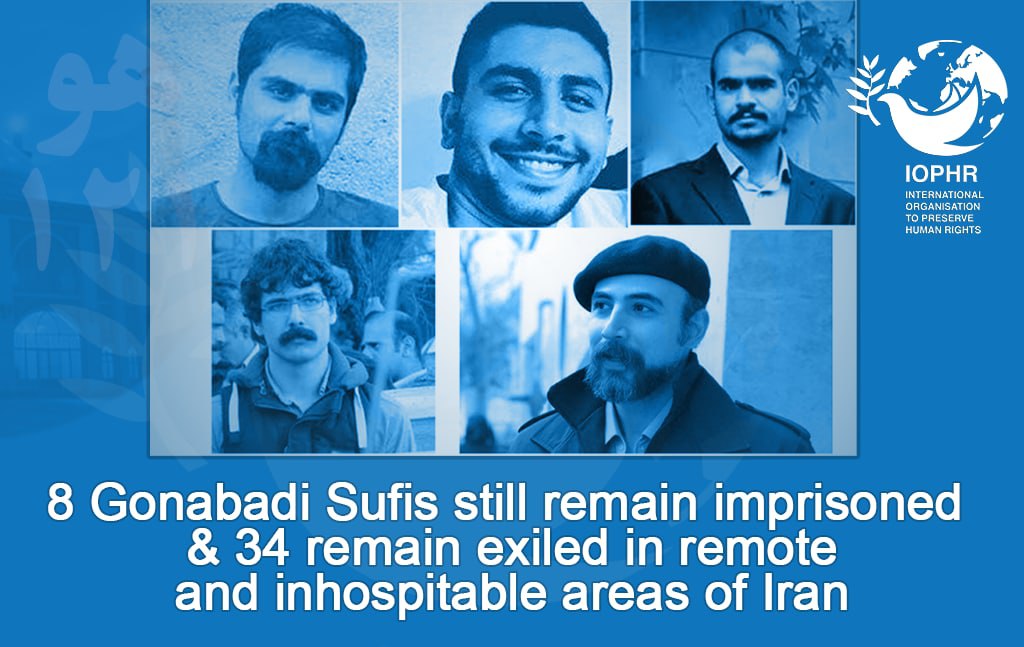 Following the February 2018 severe crackdown on Gonabadi Sufis by the Iranian Regime, 8 Gonabadi Sufis still remain imprisoned and 34 who were imprisoned, remain exiled in remote and inhospitable areas of Iran

The suppression of the Gonabadi Sufis’ protests has undoubtedly been one of the largest and bloodiest suppressions of religious diversity in Iran.

The clashes between Sufis and Iranian authorities erupted when Gonabadi Sufis, under Article 27 of the Iranian constitution, which allows for peaceful protests without carrying weapons, gathered calmly in front of their spiritual leader, Dr. Noor Ali Tabandeh’s house, in order to prevent his illegal arrest.

These peaceful rallies were then violently interrupted by Basiji forces from the Sarollah Corps base on the night of February 20, 2018, that ultimately led to the death of six people, the execution of a Sufi who was falsely blamed for the deaths, and the arrest of hundreds of wounded Sufis on 21st of February 2018.

The detained Sufis were all transferred to Qarchak and Fashafoyeh prisons.

Dr Noor Ali Tabandeh was subsequently murdered on December 2019, by poisoning, with the help of agents of the Iranian regime who had infiltrated the Sufi order, and was replaced by a person with close ties to the Iranian regime.

Also, 34 Gonabadi Sufis who were arrested have been exiled to remote and inhospitable areas of Iran, after the Coronavirus outbreak, and are still unable to return to their homes.

Recently, the new head of the Gonabadi Sufis, who has taken control of the Gonabadi Sufi order with the help of government manipulations, called on the Sufis to take part in the recent sham of presidential elections, which he later rescinded to some degree, following the negative reception he received about his decree.