IOPHR’s Statement regarding the Death of Baktash Abtin 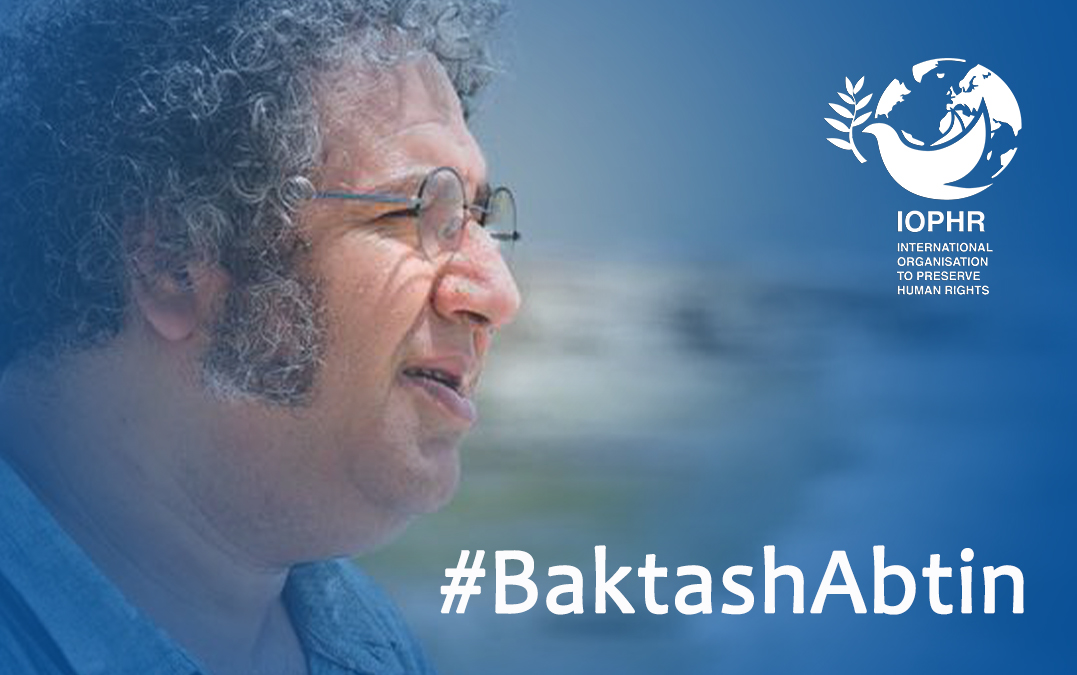 In that letter, IOPHR also referred to the numerous previous cases of genocide committed by the leaders of the Islamic Republic, such as the killing of ideological and political prisoners in 1988, and warned the world that based on the past evidence of the Iranian Regime’s inhuman action, it’s likely that the regime will also exploit the current Corona crisis as means of stealth massacre of Iranian ideological and political prisoners.

Unfortunately, this prediction by IOPHR has come true, as since then, countless prisoners of conscience, including Behnam Mahjoubi, a Gonabadi Sufi, and most recently Mr. Mehdi Kazemi, and prominent artist, documentary filmmaker, writer, poet, and critic Baktash Abtin, all of whom were imprisoned, have lost their lives and have been effectively killed one way or another through medical means.

The only crime of Behnam Mahjoubi and Baktash Abtin was that they persistently objected to the inhuman actions of the Iranian regime and its violation of human rights that the Islamic Republic has been trying to cover up for years.

Baktash Abtin had also previously expressed in a public statement his disgust at the cowardly murder of Behnam Mahjoubi who was a Sufi and a model of resistance against the inhumane actions of the Islamic Republic, along with 100 other political prisoners.

Baktash Abtin had protested the murder of Behnam Mahjoubi in the prisons of the Islamic Republic, where he himself was serving a six-year sentence in Iranian regime’s prisons just for being a member of the Writers’ Association of Iran, and publishing a memorial to the victims of Iranian regime’s serial killings.

The death of Baktash Abtin coincides with the second anniversary of the deliberate downing of a passenger plane of PS 752 Ukrainian Airlines by two missiles fired by the units of the Islamic Revolutionary Guard Corps moments after taking off from Tehran airport. An act which was a deliberate and premeditated which resulted in the murder of 176 innocent people that clearly showed the depth of inhumane nature of the Islamic Republic and its enmity against humanity.

In this regard, the IOPHR once again draws the world’s attention to the purposeful and institutionalized use of the COVID-19 virus by the Islamic Republic’s system, as a type of biological weapon against its own people and warns of continued global silence and inaction against these crimes, which also pose grave dangers to the free and democratic nations’ security.

The IOPHR has also once again expressed its grave concern about the health of “prisoners of conscience and political prisoners” in Iran, given the numerous human rights violations and the failure of those in power to comply with internationally accepted standards. It also urges that a special delegation be sent to visit Iranian prisons and meet with “political prisoners” to prevent the spread of the inhuman crimes of the Islamic Republic in its prisons.

Obviously, in the absence of an appropriate global response, the dimensions and effects of the inhumane acts of the Islamic Republic will not be limited to the Iranian prisons and borders of Iran, as it also poses danger to the security of world at large.