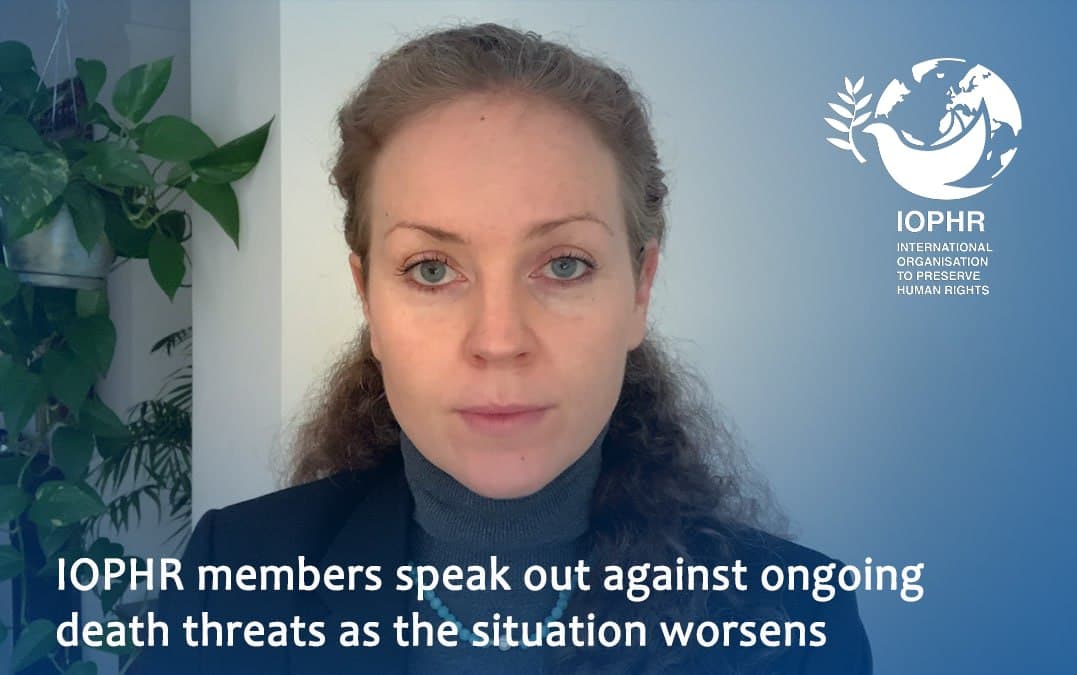 Following from our previous press release regarding renewed death threats towards IOPHR Founder, Dr Seyed Azmayesh, and IOPHR Political Analyst, Vahid Beheshti, made by security agents of the Islamic Republic of Iran, members of IOPHR are raising their voices to express concern about this escalating situation.

One member, Ms Eve, speaking from the UK, expressed the following statement in a video released 9th Feb 2022:

As a volunteer for the International Organisation to Preserve Human Rights (IOPHR), a volunteer based organisation that works tirelessly to fight for the rights of others, I find it necessary to speak out about a matter that has caused me great concern.

Over the past years, members of IOPHR have been subjected to numerous death threats online, posed by people who are either directly or indirectly connected to the Iranian Government. These have ranged from people threatening to ‘drown certain members of IOPHR’, create fatwa’s against them and most recently to ‘chop them up into small pieces and melt their bodies in acid’ in the same manner that Jamal Khashoggi, Saudi dissident, was brutally murdered in Turkey.

The common theme amongst these threats is the fact that all have been made by people who associate themselves with a certain Mr Reza Tabandeh. Reza Tabandeh is an academic, living in Toronto, Canada and affiliated with Brock University.

For this reason I urge Mr Reza Tabandeh to speak out and distance himself from these people. If he remains silent it can only mean that he is in agreement with their actions – actions which in many countries are simply considered illegal punishable by law. And one thing is clear, his silence only further encourages them to continue.

On behalf of IOPHR, it’s founders and it’s many global volunteers of multiple nationalities, I urge you, Reza Tabandeh, to put an end to this illegal and irresponsible behaviour which spreads fear, hatred and shame in your name. By not doing so, the only conclusion we can make is that you are in agreement with these people and their threats or that they are acting under your command.