Urgent Action – Dr. Ahmadreza Djalali at risk of imminent execution whilst the court trial of Hamid Nouri, charged with war crimes, comes to an end 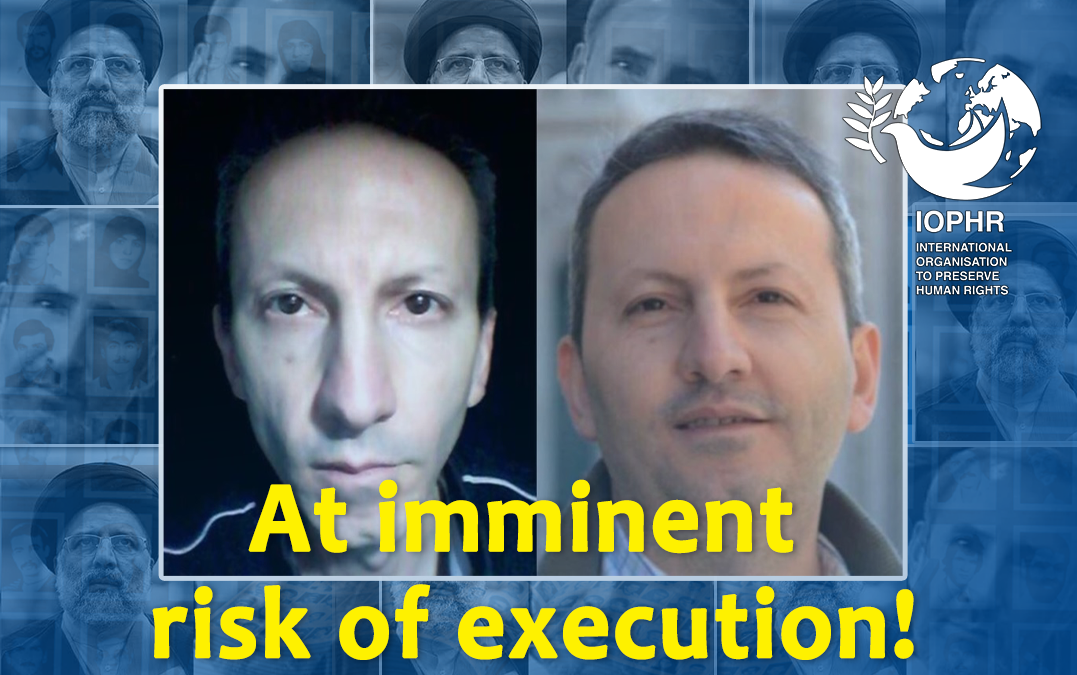 For a long time, the ruling regime of Iran, through violating all human dignity and human rights values, has created the foundation of a new type of inhuman civilization. In which, many instruments of international interaction like diplomatic relations, trade, and travel, which are often used to promote international peace and improve living standards, together with diplomatic immunity have all been abused by the Iranian regime to serve its inhumane and criminal purposes.

Now, after the recent trial and conviction of an “Iranian terrorist diplomat” and his accomplices for the first time by Belgium Government, which rejected repeated threats from Iranian officials, the Swedish government, is putting on trial another mass murderer of the Iranian regime, Hamid Nouri.

Sweden by putting Hamid Nouri on trial has taken a principled stand based on respecting the independence of the judiciary, and human rights principles and the need to prosecute one of the perpetrators of crimes against humanity. Also, as a result, Sweden has stood up to the threats and blackmail attempts of the Iranian regime. Faced with their failure to coerce the Swedish government to stop Hamid Nouri’s trial, the Iranian regime has decided to use psychological pressure on the people and government of Sweden, by threatening the extrajudicial execution of Dr. Ahmad Reza Djalali, a Swedish citizen.

Dr. Ahmadreza Djalali is a Swedish citizen, physician, researcher and specialist in crisis and contingency management at various European universities, such as the University of Karolinska in Sweden, where he was also pursuing his doctorate. Dr Djalali has also taught at the University of Del Piero del Monte Oriental in Italy and the Free University of Brussels in Belgium.

The arrest and detention of this senior researcher in the field of “crisis management” took place after he travelled to Iran in April 2016 at the official invitation of Tehran and Shiraz universities to participate in a crisis management workshop. However, following Dr. Ahmadreza Djalali rejecting the Iranian security officials’ request to cooperate in disclosing confidential information related to crisis management centres in Europe, Dr. Djalali was subsequently arrested and transferred to Evin prison.

It should be noted that Dr. Djalali’s position within European countries’ emergency centres was such that he had access to sensitive and important information related to the security of European citizens, and this sensitive position made him a valuable target for the Iranian security apparatus.

Given that Dr. Djalali has been sentenced to death for refusing to cooperate with Iran’s intelligence services to spy on crisis management centres in Europe, it can be concluded that the security of European citizens today owes much to Dr. Djalali’s heroic resistance to brutal torture of Iran’s security apparatus. Consequently, he should not be left alone by the European governments in these difficult circumstances.

It should also be mentioned that the only document of the Iranian security forces used to arrest and charge Dr. Djalali is a video file of forced confession that was obtained from him under torture and after he was placed under severe mental and physical pressure.

According to relatives of Dr. Djalali, in the published video, he read out a text that had been prepared and dictated to him by the security forces, and he was even asked to use exactly the words used in the text. And if Dr. Djalali uttered a word against what the security forces wanted, they would stop filming and film again. Therefore, it is obvious that his confession, which was later completely refuted by Dr. Djalali, has no legal value.

Accordingly, the International Organisation to Preserve Human Rights (IOPHR) urges all governments that uphold the values of human rights to send a clear message to the Government of Iran that in the event of the extrajudicial execution of Dr. Djalali, all diplomatic relations with the ruling regime in Tehran will be cut.  As continuation of diplomatic relations with a regime that has been extorting money from the international system for many years, and has used hostage-taking to coerce the international community can serve no purpose, other than complicity with the inhuman regime of Iran.

The IOPHR also calls on all EU Member States, in accordance with the principle of solidarity enshrined in Article 222 of the Treaty on the Functioning of the European Union and on the principle of joint diplomatic action, to support the Swedish Government’s principled position in this regard. By sending a unified “single voice” and clear message to the ruling regime of Iran that the era of hostage-taking with the aim of extortion is over. So that the ruling regime of Iran is finally forced to choose one of two options: adhering to international obligations or being rejected by the international community.