IOPHR’s Letter to the Deputy Commissioner of the European Commission and High Representative of the European Union in Foreign Policy and Security Affairs, in regards to making any agreement with the ruling regime of Iran firmly conditional on the regime’s strict compliance with international human rights standards 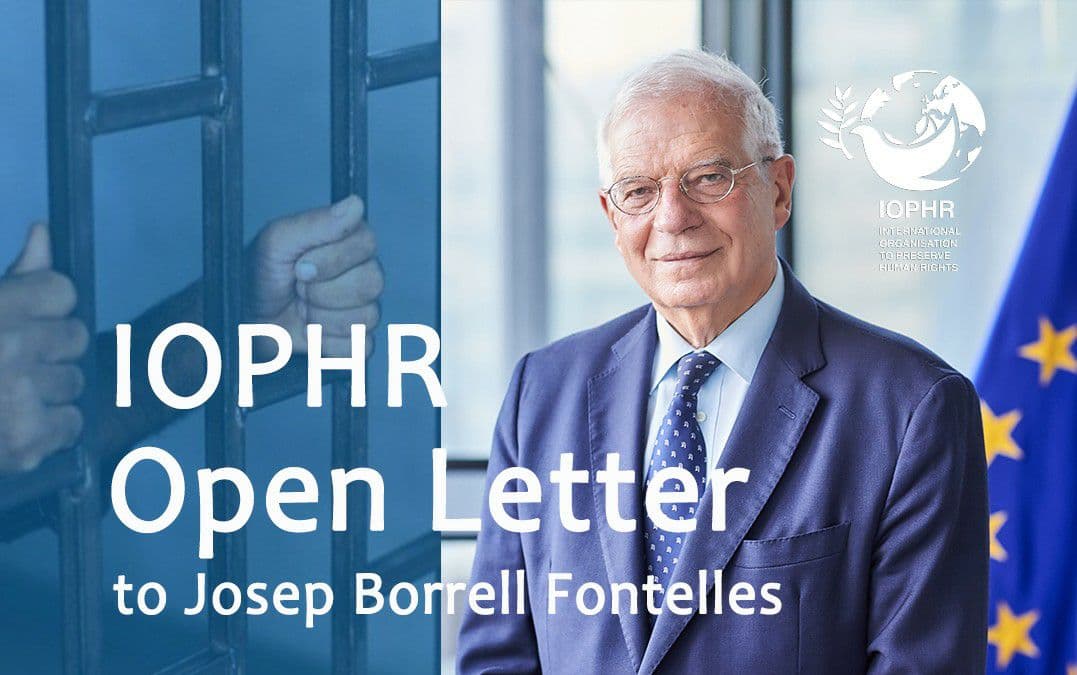 The IOPHR, as you might be aware, has repeatedly emphasised the necessity of inclusion of human rights, as one of the main axes of any dialogue with the ruling regime of Iran. This necessity arises from the fact that the regime ruling Iran is currently claiming to protect human values, ​​and dignity of its citizens during its dialogue with the Western governments, while lacking lawful and legal legitimacy, as shown by continuous protests of its citizens – all of which have been ruthlessly and murderously putdown. Consequently, any foreign support for any agreement with the current Iranian regime, is not only illegal, but it will lack the necessary legal foundation.

Given this situation, limiting the scope of any talks to mutual economic interests, whilst forgetting the rights of people of Iran, and especially excluding human rights violations of the current Iranian regime, will in effect invalidate any agreement with the regime ruling Iran.

Furthermore, one look at the history of negotiations between the Western parties and the ruling regime of Iran, will clearly show that the increase or decrease in the number of human rights violations in Iran, is directly related to the ups and downs of these negotiations.

As during these negotiations, whenever there is a prospect of getting the final result for the negotiations between the Western parties and the ruling regime of Iran, the cases of human rights violations by the ruling regime of Iran have increased. Whilst whenever the Iranian regime has faced opposition and resistance of the Western parties, the pressures inside Iran in terms of human right violations have also decreased a little. Therefore, it can be seen that honest, or hypocritical approach of Western governments has an undeniable effect on forcing the illegitimate regime ruling Iran to comply with human rights standards.

For an example of this kind of behaviour, one needs to simply look at the recent events in Iran, as after the publication of reports about the possibility of opening the negotiations between Western countries with Iran, Iran’s super-judiciary authorities immediately ordered the speedy implementation of all harsh sentences. As this authority ordered all the sentences of amputation and execution that had been put on hold, due the pressure from human rights activists, to be implemented! Therefore, one can say, that the Western governments are in reality reaching an agreement with a system that is the only enforcer of amputation sentences around the world!

It is also noteworthy that western governments all of which claim democratic values ​​are trying to reach an agreement with a system that has the highest per capita execution rate in the world.  Especially, as the Iranian regime has set a new annual record for the number of executions per capita, in Iran and the world, with the figure of 333 executions last year. Sadly, no doubt if international pressure is not placed on the Iranian system, a new record will be achieved by the end of this year.

In addition to the unbridled increase in executions, very disturbing news in regards to murdering of prisoners inside the penitentiaries has also been published. As it has been stated many times by IOPHR, the regime of the Islamic Republic kills prisoners under the pretext of illness, and cases like those of Behnam Mahjoubi and Baktash Abtin, are examples of this type of murder. Recently, one of the prisoners of conscience named Abbas Dehghan, who apparently died in a suspicious manner, was infected with the corona virus, and was deliberately deprived of his legal and human right to access to medical treatment facilities, and according to reports, he was kept in the same section where the sentences of amputation of other prisoners are carried out. Mr. Dehghan, along with other prisoners of conscience, had been in prison for more than five years without a single day of leave, just because of his views.

Unfortunately, the undeniable and numerous evidences indicate that regime freely uses the inhumane use of “germs” and “viruses”, as a weapon against its dissenters and ideological opponents.

Moreover, shortly after the publication of the news about the possibility of reaching an agreement between the Western governments and the ruling regime in Iran, the very disturbing pictures of the destruction of the homes of more than two hundred Baha’i citizens was released. All of which clearly show the negative impact of these negotiations in relation to human rights in Iran.

Now that the citizens of Iran, especially the heroic Iranian women, are protesting their rights and standing up for their legitimate principles of civil resistance, including the right to choose clothing, with a firm determination to restore their human dignity, against Iran’s tyrannical regime, the least the Western government could do in response, is not betray them by forgetting their struggle in their negotiations with the Iranian oppressive regime.

As its time for Western governments to show the people of Iran they are not like China and Russia, which aim to loot Iran’s resources, but instead they are loyal to democratic values and will not enter into a hypocritical transaction with the illegal and puppet ruling system of Iran that has made Iran a breeding ground for Russian aggressors and Chinese looters, for the sake of fleeting Iran’s material benefits.

In this regard, it is obvious that any agreement between Western governments claiming to protect human values ​​with a regime that has clearly violated all human values ​​cannot be interpreted as anything other than betrayal of the Iranian people for a handful of dollars.

Finally, the IOPHR once again notes that the only way to create a sustainable security for European citizens is to avoid any type of agreement with the Iranian regime, that does not guarantee the strict observance of international human rights standards by the Iranian regime, and thus supports the Iranian people in their struggle to achieve the same rights and values ​​that the Western governments were founded on.