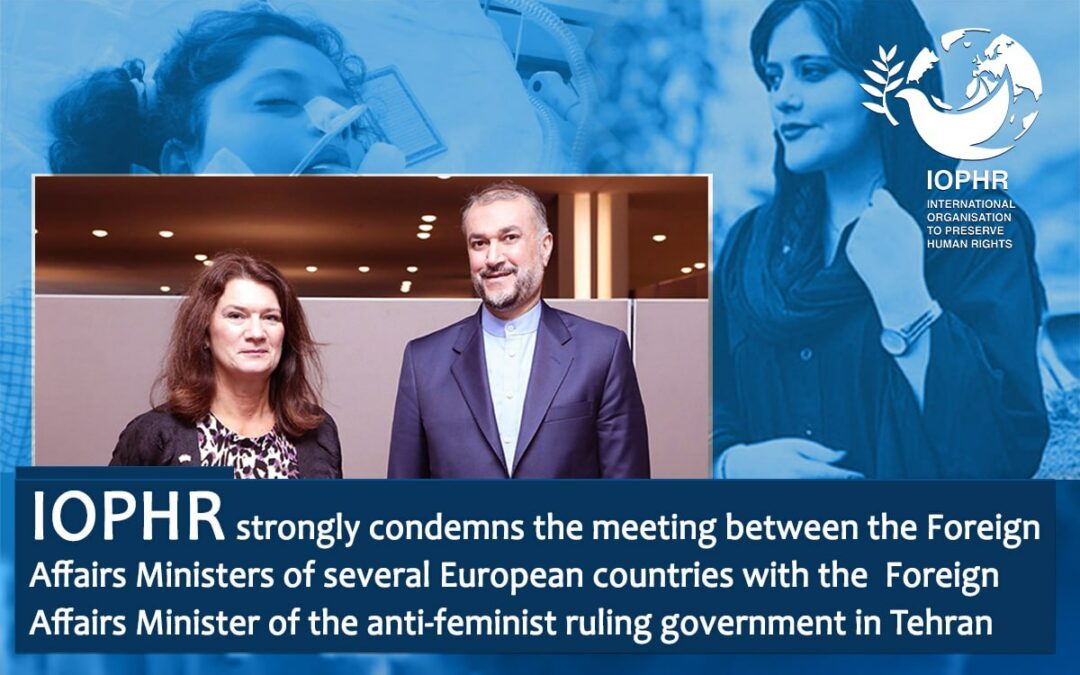 The meeting of two European female Foreign Affairs Ministers with an official of the misogynistic regime that has already killed dozens of Iranian women, injured hundreds of people and arrested thousands of people during  the past few days is not acceptable and can only be interpreted as disregarding the will of the freedom-seeking people of Iran, especially Iranian women and girls.

In this regard, The International Organization To Preserve Human Rights once again reminds the international community that the millions of protesters who have joined the continuous and nationwide demonstrations of the Iranian people, covering more than one hundred and twenty cities and all the provinces of Iran, is proof that the anti-feminist regime  over ruling Iran lacks legitimacy. Therefore, any agreement with this regime is invalid and illegal.

Also, according to the published reports, the Minister of Foreign Affairs of the misogynistic and terrorist regime ruling Iran has pointed out to the Belgian Minister of Foreign Affairs that his government is ready to finalize the documents of the shameful contract that will eventually lead to the release of the terrorist diplomat sentenced to life in prison in Belgium.

In this regard, the International Organization To Preserve Human Rights requests all free thinkers and friends of justice around the world to prevent the mockery of justice by the Belgian government and the Islamic regime by announcing their opposition to the implementation of this disgraceful agreement.