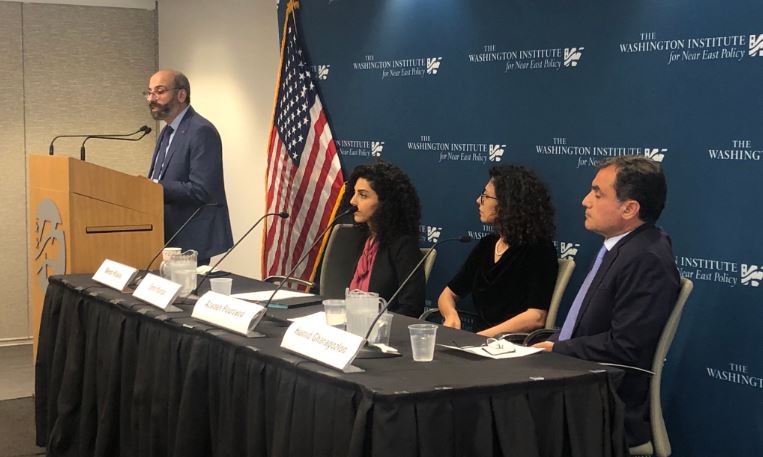 THE WASHINGTON INSTITUTE FOR FOREIGN POLICY – What are the consequences of the Iranian government’s massive, systematic campaign to spread disinformation about religious minorities through social and traditional media? Watch an in-depth conversation with leading scholars.

On July 16-18 2019, Secretary of State Mike Pompeo hosts the second Ministerial to Advance Religious Freedom, providing a much-needed forum to address the plight of frequently overlooked minorities in Iran, among other countries. What are the consequences of the Islamic Republic’s massive, systematic campaign to spread disinformation about religious minorities through social and traditional media? How can the United States and its partners confront the regime’s wider effort to deprive minorities of their citizenship and human rights? To discuss these questions, The Washington Institute hosted a Policy Forum with Simin Kargar, Azadeh Pourzand, and Hamid Gharagozloo.

Simin Kargar, a researcher on human rights and technology, is an affiliate of the Berkman Klein Center for Internet and Society at Harvard University, where she focuses on hate speech online and the interplay of social media and power.

Azadeh Pourzand is an independent human rights researcher and executive director of the Siamak Pourzand Foundation, which is dedicated to promoting freedom of expression.

Hamid Gharagozloo is representative of the International Organisation to Preserve Human Rights (IOPHR).

The Policy Forum series is made possible through the generosity of the Florence and Robert Kaufman Family.