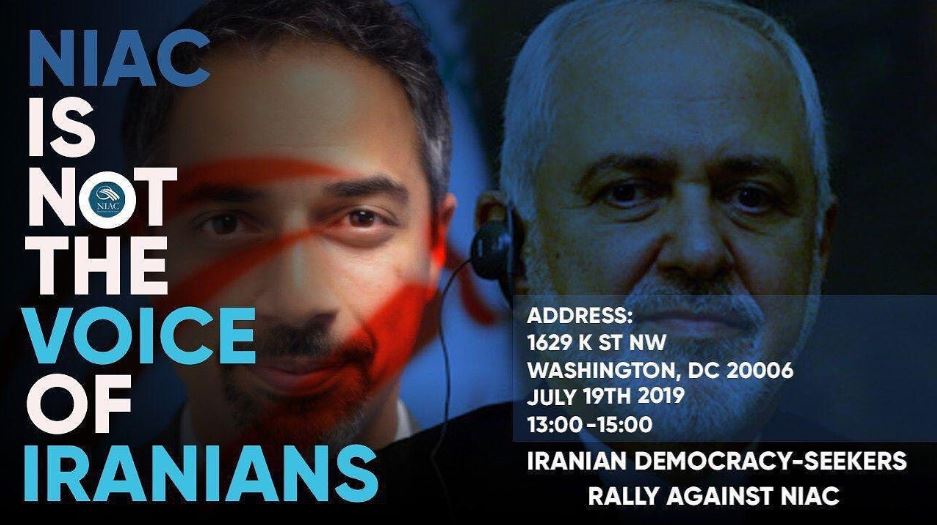 WASHINGTON – Iranians living in the United States gathered in front of the office of the National Iranian American Council (NIAC) in Washington, D.C., on July 19.

A statement read out by protesters at the event described the NIAC as “the representative of the corrupt and brutal Islamic Republic regime.” According to the statement, the protest was aimed at informing US policymakers, that the “NIAC does not represent the Iranian community in the United States and that it does not reflect the real hopes of the people living in Iran.”

The protesters covered a large spectrum of Iranians living in the US, who oppose the unjust and inhuman policies of the Iranian regime. Amongst the protesters were the representatives from IOPHR, Dr. Hamid Gharagozloo and Shahrareh Afshari, who participated a few days ago the US state department’s Ministerial to Advance Religious Freedom (MARF) Conference.

The members of IOPHR and other protesters held pictures of various political prisoners and religious minorities who are imprisoned in Iran and demanded for their immediate release. The protesters also called NIAC a puppet of the Iranian Regime and also named Javad Zarif, the Iranian Foreign minster, the deceptive face of the tyrannical Iranian regime.