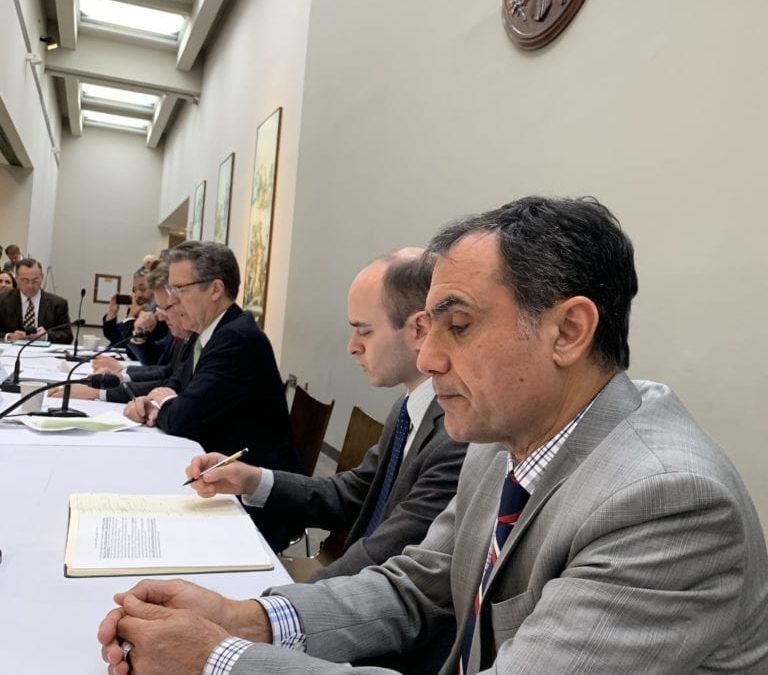 In a committee meeting held today in the US Senate—chaired by Ambassador Sam Brownback, the US Ambassador at Large for International Religious Freedom—human rights of religious minorities were discussed.

This meeting was attended by Dr. Hamid Gharagozloo, the US representative of the International Organisation to Preserve Human Rights. Dr. Gharagozloo spoke about the violations of the rights of various minority groups in Iran. Dr. Gharagozloo stressed that in Iran, the regime violates not only the rights of religious minorities, but it also violates the basic human rights of all of its 80 million citizens. The latest example of which is the way the dangers of Coronavirus over the last few weeks has been dealt with by the Iranian Government.

Over the last few weeks, the Regime has in effect—through covering up the true extent of the numbers of those infected with COVID-19, and failing to quarantine the most affected areas, like the city of Qom—infected large sections of the country. In some ways, this failure can be seen as a way to deter mass unrest and the vocalization of Iranian citizens’ displeasure for the Iranian regime, especially given the low turnout in the recent parliamentary elections.

In his speech to the committee, Dr. Gharagozloo also stressed the torrid conditions of political prisoners in Iran and the dangers they face with the spreading of COVID-19 in Iranian prisons. The virus presents an effective way of eliminating all political prisoners on the pretext that they died from COVID-19.  Dr. Gharagozloo also provided a report to the Committee. In this report, he provided a complete discussion on the Iranian Regime’s smokescreen efforts in regard to the spread of COVID-19. He also warned the Committee of the overall dangers of such practices to the international community.