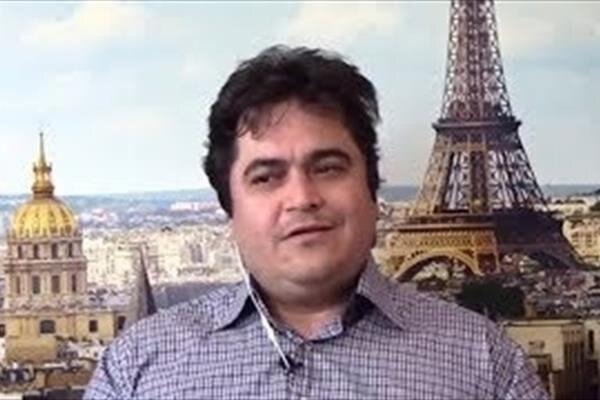 Reports indicate that Mr. Ruhollah Zam, the director of a Persian-language news network based in France, was sentenced to death last week in a closed trial.

Mr. Ruhollah Zam was abducted eight months ago by the terrorist, and kidnapping teams affiliated with the Iranian Quds Force in Iraq, and then transferred to Iran.

Ruhollah Zam, the founder and CEO of the Amadnews (Voice of the People) Telegram website channel, and news network, was considered one of the most popular Iranian news networks abroad, as it was able to consistently expose the internal corruption of the ruling regime in Iran. As well as provide valuable information to the Iranian people about the corruption, and theft of Iranian officials, and their families.

The illegal abduction of Mr. Zam in Iraq on October 14, 2019, occurred two years after the assassination of the director of the Jam network on April 29, 2017 in Turkey; and a month before the assassination of Mr. Massoud Molavi, on 14th November 2019, due to the his detail exposés  concerning corruption of Iranian officials. This covert act within Turkish soil, once again shows the involvement of commanders of the Quds Force, as part of a wide, and very dangerous network of professional kidnappers and assassins abroad, especially within neighbouring countries of Iran.

In fact according to an official statement issued by the Turkish police, Iranian diplomats working for the Iranian embassy in Istanbul, were involved in the plot to assassinate Mr. Molavi.

This and many other previous cases, such as the recent arrest of Iranian diplomats in EU countries, clearly show that the Iranian Ministry of Foreign Affairs, in line with the Quds Force, unofficially, and officially not only possess the capacity for carrying out terroristic activities and assassinations, under the cover of international diplomatic immunity, but in fact do so on regular basis, whenever they see a benefit for such acts of terrorism, or in support of the Iranian Quds Force’s agenda.

In this regard, the IOPHR (The international organisation to preserve human rights) urges all governments, especially those that support democracy, including EU members, to adhere to their obligations under the principles of freedom of expression, and thus suspend political, economic and diplomatic relations with the Iranian regime. In addition to provide increased security protection for political and media activists, as well as send a clear message to the authorities in Iran that the execution of innocent people will not tolerated by the international community.

The IOPHR also calls on all international organisations to condemn all death sentences issued by the Iranian regime, especially for journalists, and to use all available means to put pressure on Iranian authorities to overturn this type of inhuman sentence.

The IOPHR invites all journalists, news presenters, and staff of Persian-language satellite TV stations abroad to unanimously support the protection of the right to freedom of expression and news, as well as provide professional support to their colleagues, by condemning the issuance of a death sentence for a journalists, who are simply performing their duties. Furthermore, use all available facilities, influence, relationships, and tools to prevent Mr. Zam’s death sentence being carried out.

In conclusion, IOPHR calls on the governments of Iraq and Turkey to shed light on how the Iranian operators were able to carry out terrorist operations like kidnapping and assassinations within their borders. All of which were clear violation of Iraqi and Turkish national sovereignty. The IOPHR also asks Iraqi government to provide information on how Mr. Zam was illegally transferred from Iraq to Iran.