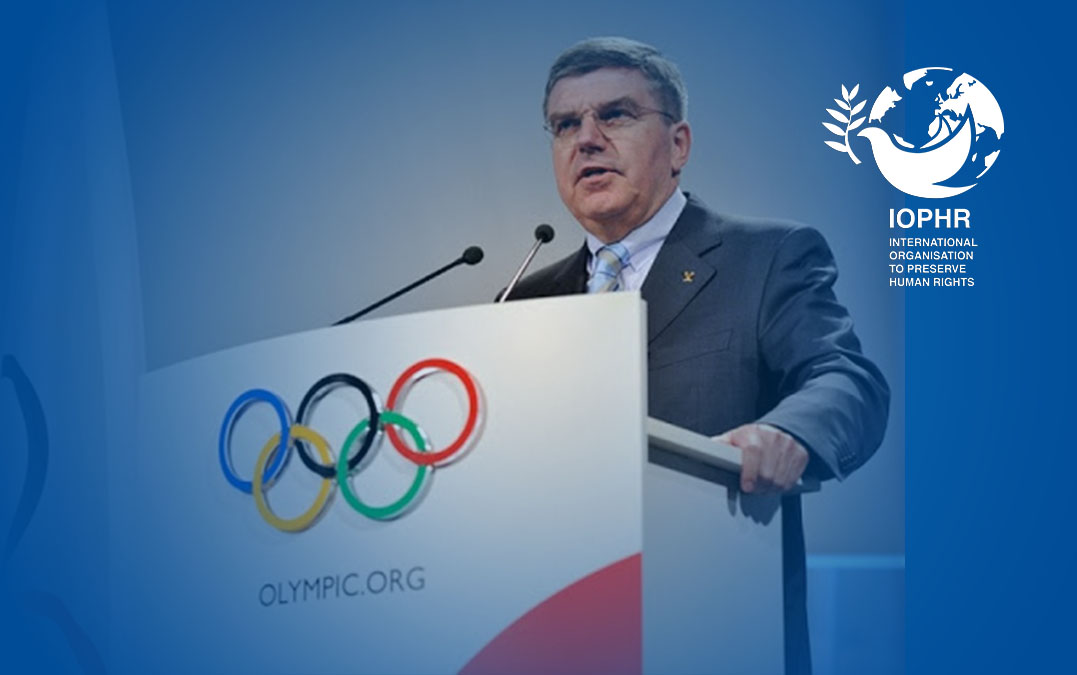 To Mr. Thomas Bach, President of the International Olympic Committee:

As you must have heard in the news, a young man named Navid Afkari, one of Iran’s national wrestling champions, was cowardly executed in a revengeful act by the agents of the ruling regime in Iran.

Mr Afkari, was arrested two years ago, when he was only twenty-five years of age, on charges of participating in a peaceful demonstration, which is actually permitted under the current Iranian constitution, and was then immediately subjected to severe torture.

Shortly afterwards, he was charged with the murder of a security agent, without any evidence nor reason being given by the Iranian judiciary. Moreover, the only witness in the case officially withdrew his testimony, by stating in writing that he was forced to testify against Mr Afkari under pressure from security officials.

Navid Afkari, was an athlete who bravely resisted torture. In response to this resistance, the Iranian security forces arrested two of his other brothers, and then forced them to confess against their athlete brother. In fact, one of the brothers attempted twice to committed suicide in order not to be forced into a confession against Navid.

Mr. President, the IOPHR would like to draw your attention, and all international sporting authorities, to the crucial principle that sports have always been the means of promoting friendship between nations, and also as an alternative to avoiding dangerous political strife. However, by executing Mr Navid Afkari, the ruling regime in Iran has acted exactly against this high ideal. Moreover, as you are no doubt aware, this regime has already violated this international principle, underlying all sporting competitions, by putting pressure on Iranian athletes and preventing them from competing with Israeli athletes.

This practice has all the hallmarks of anti-Semitism, and should be seen as means of propagating the Iranian regime’s dangerous Islamic fundamentalism into the sporting world. Furthermore, the Iranian athletes are consistently placed under severe security pressure, if they refuse to leave the field in presence of Israeli opponents. In some cases, this pressure has forced some Iranian athletes to deliberately lose the tournament, so that they avoid facing Israeli opponents. All of which, is in stark contrast to the principle of friendship, as well as the International Olympic Committee’s high profile programs such as “Peace Through Sport” and “Sport for Hope”.

Mr. President, the Iranian authorities have also pressured and threatened many Iranian female athletes to cover their heads and bodies, in international sports competitions, against their will. The high number of Iranian athletes who have taken refuge in countries outside of Iran, should be seen as a proof of these types of pressure tactics by the Iranian regime.

Furthermore, as you are also aware, the Iranian regime has also barred Iranian women from participating in international football matches in Iran for the past forty years, a practice that is based on the unacceptable gender discrimination, institutionalised within the Iranian system. In addition to all of the above, Iranian sport is plagued by corruption and money laundering, and the Iranian regime has virtually eliminated all international control mechanisms necessary for healthy competition, by refusing to sign the FATF agreement.

In light of the above, IOPHR would like to point out that the recent execution of the Mr Navid Afkari is simply one more cruel step in a series of offenses against Iranian athletes that the Iranian regime has committed over last the last forty years. Thus, given all these facts, the Iranian regime has clearly lost all credibility, and the necessary qualifications to participate in international sporting competitions.

Therefore, on this basis, IOPHR would like to ask you in the name of peace and friendship and in the name of all Iranian athletes who suffer consistent pressures of the ruling regime, and as a means of paying tribute to all the victims of fundamentalism and hatred, to suspend Iran’s membership of the International Olympic Committee. And by doing so, prevent any athletes from participating in international competitions under the flag of the Islamic Republic.

Given the recent global outcry at the execution of Mr Afkari, many of which have been expressed by numerous international sporting bodies, it is clear that IOPHR is not alone in asking for suspension of the Iranian regime from sporting competitions, and has, in fact, the support of many international sporting bodies, and athletes. As sadly, it seems that only by such measures, the
Iranian regime can be forced to modify its behaviour towards its own athletes and citizens.

This is a PR move by the regime to quiet the upcoming nationwide protests. After 3 months of violence, rape, imprisonment & murder of protesters, it’s too little too late. This uprising is no longer just about draconian dress codes. The Iranian people want democracy.
#MahsaAmini https://t.co/2wcuThP7Vn
View on Twitter