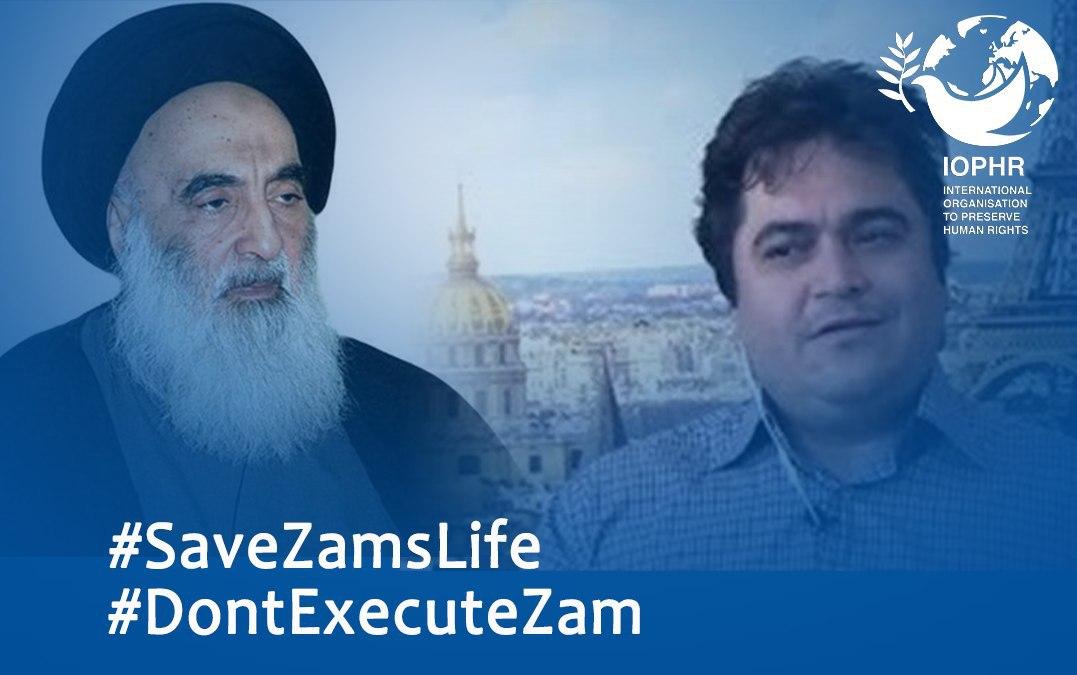 As you are no doubt aware, it was during this time last year that Mr. Ruhollah Zam was invited to travel from Paris to Iraq, following a chain of correspondence attributed to your office, under ‘negotiations with yourself’. Having arrived in Iraq, Mr. Zam was ultimately kidnapped by agents of the Iranian ruling regime, and then transferred into Iran. Following a court trial lacking any judicial transparency, he was sentenced to death without any reason. With regret, this sentence was recently approved and referred to the executive branch of the judiciary, and Mr. Zam, whilst innocent, is expected to be executed at any moment.

During his stay in France, Mr. Zam did not commit any crime, because, in adherence to the principle of freedom of expression as an accepted and respected principle in French Law, Mr. Zam revealed facts about some of the corruptions of the leaders of the ruling regime in Iran. Due to the fact that Mr. Zam’s activities were conducted outside the jurisdiction of the Islamic Republic of Iran, he has not violated the laws of Iran either. Therefore, his trial and the issuance of the death sentence for him in Iran, has no legal basis and lacks any legitimacy. In fact, Mr. Zam should be commended for the disclosure of these corruptions in Iran and providing a service for the people of Iran, instead of being sentenced to death.

Within Islamic sources, the Prophet Mohammed is quoted as saying: “Anyone who hears the outcry of a person calling for the help of Muslims, and does not rush to provide help, is not a Muslim!” In this regard, we ask you, as a leader of Shiites around the world, to become a model of this order of the Prophet Mohammed, and to save this innocent life from certain death as soon as possible, by issuing a statement.

Given the undeniable fact that Mr. Zam is in this current life-threatening situation due to his trust in your name and the credibility of your office, his execution will no doubt cause a fundamental and irreparable damage to the dignity of the Shiite Authority. Therefore, it is with hope that you understand the sensitivity of the issue, and will not allow the title of Authority to become a tool at the hands of a number of materialistic individuals using religion for power.

Therefore, the International Organisation to Preserve Human Rights (IOPHR) urges you to take action as soon as possible by issuing a statement against the death sentence given to Mr. Zam, and warn the Iranian authorities of the dire consequences of this cruel sentence.