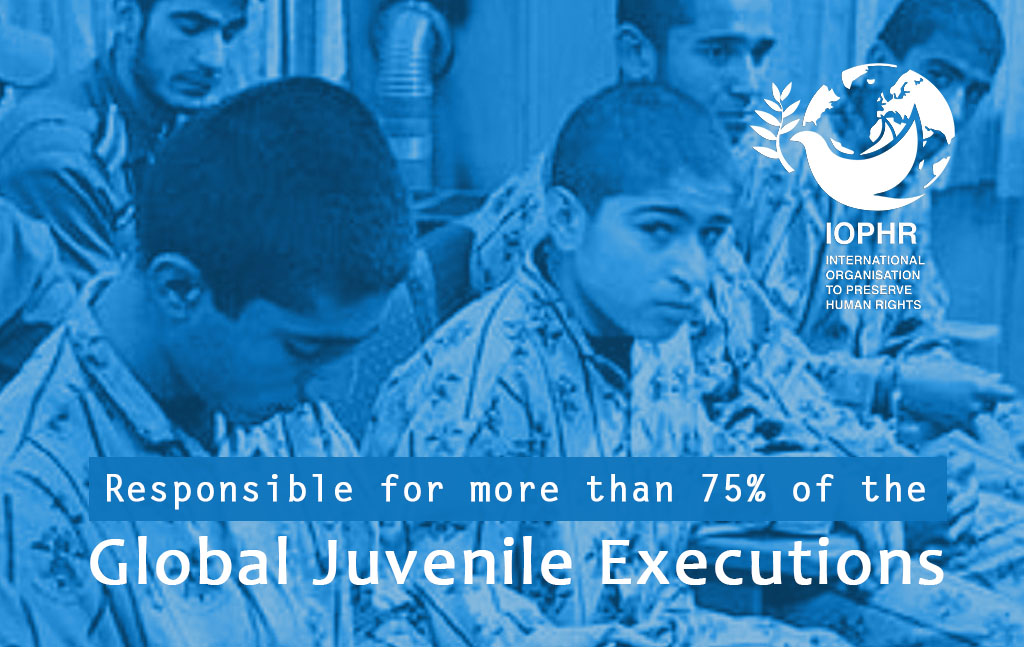 The regime of the Islamic Republic of Iran, not only has the highest number of executions in the world relative to its population, but according to some reports, the regime is also responsible for more than seventy-five percent of the global juvenile executions over the past 40 years.

Sadly, the execution of children and adolescents have become very commonplace in Iran.

Hundreds of death sentences for juveniles have been issued in Iran so far, all of which, with the exception two, have been upheld by the Iranian Supreme Court and many of which have been carried out. According to some reports, more than 100 children and adolescents are currently awaiting execution in Iranian prisons.

Moreover, according to experts, these inhumane laws are just one of the reasons that lead to the issuance of the death penalty for children and adolescents. One should also bear in mind that the legal age for executions in Iran for boys is 15 and for girls is as lows as 9 years old!

Of course, many teenagers in Iran have been executed solely for their family’s beliefs. One of the most famous of these is the execution of Mona Mahmoud Nejad, a Baha’i citizen who was only seventeen years old at the time of his execution.

In Iran, many children, after their arrest, are interrogated without the presence of a lawyer, and almost all of them are beaten during interrogation. These inhuman treatments inevitably leads them to comply with the interrogators’ request to sign false confessions. Which when one considers the legal age for executions in Iran for boys is 15 and for girls is as lows as 9 years old, this is nothing short of child abuse and child executions.