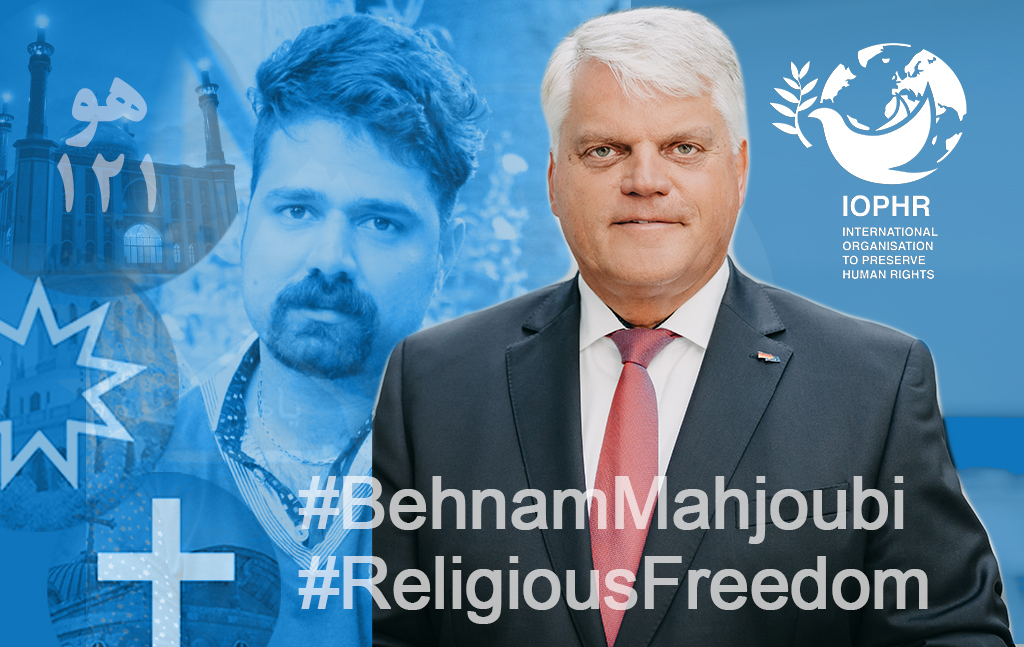 “I am calling upon the regime in Iran to release all prisoners of conscience such as the Sufis and the Baha’i community, and to end the persecutions based on religion. No one should be discriminated against due to their religion or belief. With respect to the possible negotiations for a new deal on nuclear issues with Iran, the world must not close its eyes in full sight of the plight and misery of the Iranian citizens. A new nuclear deal should be clearly linked to a strict observance of human rights.”

Religious minorities in Iran often become victims of severe hostilities and discriminations. In contrast to Christians, Jews and Zoroastrians, Baha’i are not recognized as a religious group, and followers of Sufi orders are being regarded as “heretics” by the Shiite dominated regime. Both groups are systematically being monitored and suffer from persecutions.

Dervishes and Baha’is are still imprisoned due to their beliefs, some of them under life threatening condition, with torture being a consistent practice. Since 2018, at least 3 Dervishes of the Gonabadi Sufi Order have died whilst either under house arrest or in prison. On April 1st 2021, Iranian Sufis commemorate the death of Behnam Mahjoubi, a Dervish who died in February 2021 while in prison.

Members of the Baha’i community in Ivel, a village in Iran’s north province of Mazandaran, have been expelled from their land. Educational institutions and houses of worship are often attacked or even demolished. Children face intimidation and are banned from access to higher education.

These proceedings are unacceptable. I call upon the regime in Iran to release the followers of the Baha’i faith, followers of Sufi orders and followers of other religious groups who have been imprisoned due to their beliefs, and to end the persecutions. This applies to people who have converted to a new religion, such as to Christian converts who face persecution and imprisonment.

Persecution due to religion must cease. Every human being has the right to choose and exercise their own religion or beliefs freely. In the case of new nuclear negotiations with Iran, I appeal to the international community to adopt a strict policy based on the observance of human rights.”

Sufis or Dervishes follow a spiritual interpretation of Islam. The Gonabadi Sufi Order has more than 5 million adherents worldwide and traces its roots to the 13th century. In February 2018, around one-thousand Dervishes protested against the imprisonment of a fellow Dervish. 300 male and female Dervishes were detained, five persons were killed and several seriously injured.

The Baha’i community in Iran (around 300,000 followers) is subjected to discrimination since it was established in 1844. Baha’is are not allowed to exercise their faith publicly and suffer from arbitrary imprisonments and torture. As they do not recognize the religious authority of the Supreme Leader – just as the Dervishes – they are being regarded as a “threat to national security”.