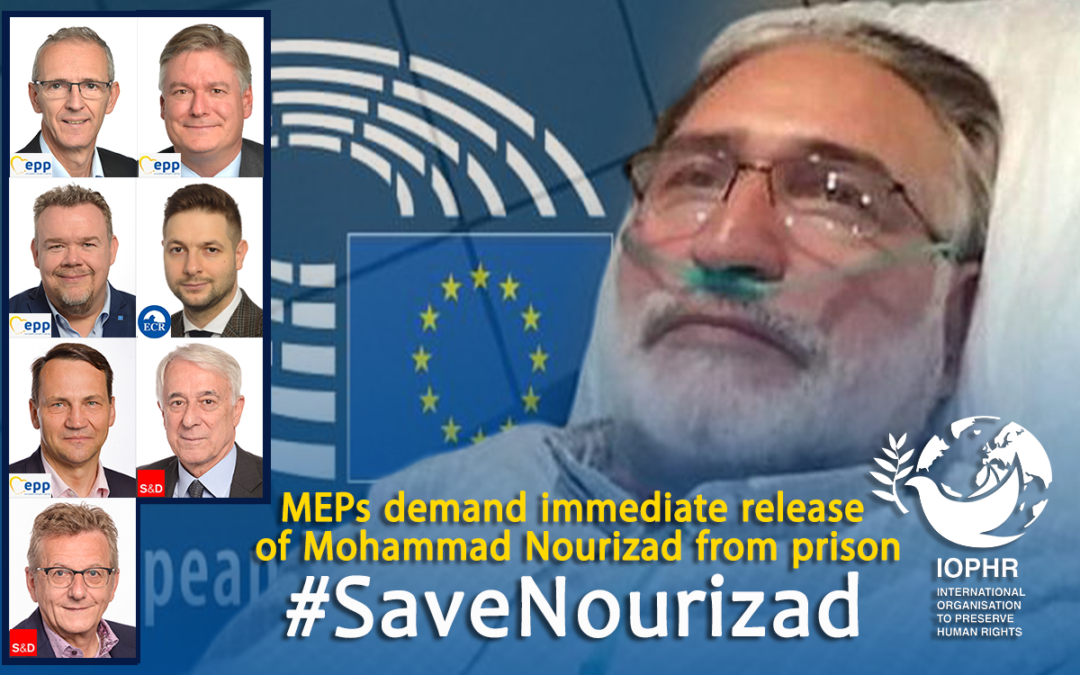 IOPHR has received a letter of support and a statement from Members of the European Parliament, demanding the immediate release of renowned filmmaker and human rights defender, Mr Nourizad from prison in Iran. Mohammad Nourizad’s life is in grave danger, as he is being tortured and denied medical care for his heart condition.

“We the undersigned ask the Iranian Regime to immediately release Mohammad Nourizad from prison.

It has been highlighted that the Iranian authorities through brutal conduct in prison have placed the life of Mohammad Nourizad, a 68-year-old renowned filmmaker and human rights defender in danger through torture and depriving him of any medical care for his heart disease. Mr Nourizad’s bravery, supporting families who had lost their loved ones due to the regime’s brutal execution policies, has led him to become known as one of the most influential leaders in the fight of Iranian people towards freedom and democracy. As a result of gross medical neglect in prison, his condition has been described by several doctors as “critical”, with UN experts having requested his immediate release. The Iranian authorities have tortured Mohammad Nourizad and exposed him to other cruel, inhumane and degrading treatment, including sexual violence and the forced prescription of chemicals, all of which is not only horrifying, but has placed his life in grave danger.

Mr Mohammad Nourizad is one of the 14 political opponents who was arrested as a result of signing an open letter in June 2019 demanding the resignation of Supreme Leader Ali Khamenei, and the implementation of fundamental changes in the country’s constitution.

Mr Mohammad Nourizad’s health has rapidly deteriorated since his arrest in 2019, due to long-term deprivation of access to specialized medical care for heart disease and diabetes. As a result, he has been taken to hospital several times, but each time authorities have quickly returned Mr Nourizad to prison without allowing the medical staff to provide him with the necessary full treatment needed.

Accordingly, we as Members of the European Parliament strongly urge the Iranian authorities to immediately release Mohammad Nourizad. As his arrest and detention are considered “unlawful” under international law, because they are based solely on his peaceful criticism of the Islamic Republic. Furthermore, as an elderly person with a history of heart disease, he is also at high risk of serious illness or death if he develops Covid-19 whilst in prison.

Therefore, we urge the Iranian authorities to ensure that Mohammad Nourizad is released and receives adequate and specialized outpatient medical care outside prison, and is protected from torture and other ill-treatment, and has access to his family through telephone calls and in-person visits until his release.

In this regard, we remind the government of Iran that they are solely responsible for protecting the life and security of Mr Mohammad Nourizad.  Moreover, the responsibility for any unfortunate incident that may befall Mr Mohammad Nourizad whilst in prison will lie with the Iranian authorities.