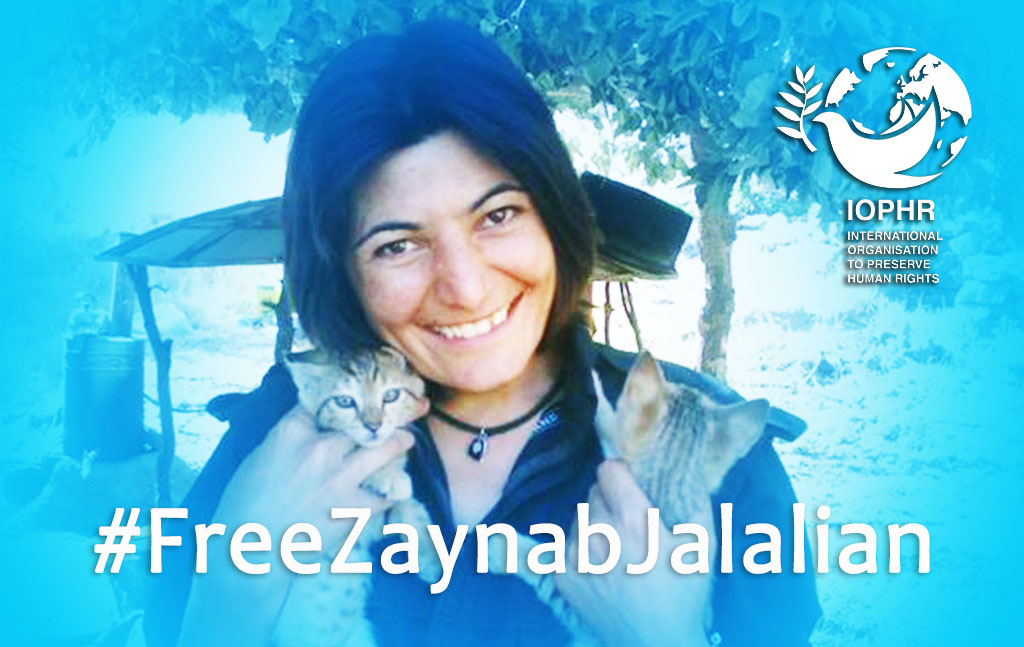 Zaynab Jalalian, an Iranian women’s rights activist, was arrested on International Women’s Day in March 2008 in Iran, in the Kurdish city of Kermanshah based on her alleged membership of the Kurdish political party, Party of Free Life of Kurdistan (PJAK). She received the death penalty for ‘enmity against God’ (moharebeh) and was imprisoned without access to a lawyer or a fair trial.

In 2010 her sentence was changed to life imprisonment. Since then, she has spent her time behind bars and has been subject to brutal, mental and physical torture by the Iranian authorities. She has also been denied access to treatments and specialized medical care despite her deteriorating health and several medical conditions, including COVID-19 infection (April 2020), a heart problem and a severe dental infection.

On several occasions, Zaynab has been on hunger strike due to intolerable conditions and being deprived of weekly visits, basic prison facilities and necessary medical treatments.

Throughout her 14 years imprisonment she has not spent a single day outside of prison on furlough.

International Organisation to Preserve Human Rights (IOPHR) calls for the immediate release from her arbitrary detention, which is a gross violation of her basic human rights. We call on the Islamic Republic of Iran to guarantee her safety, health and well-being and to release her from this interminable injustice.

Go to the petition HERE.