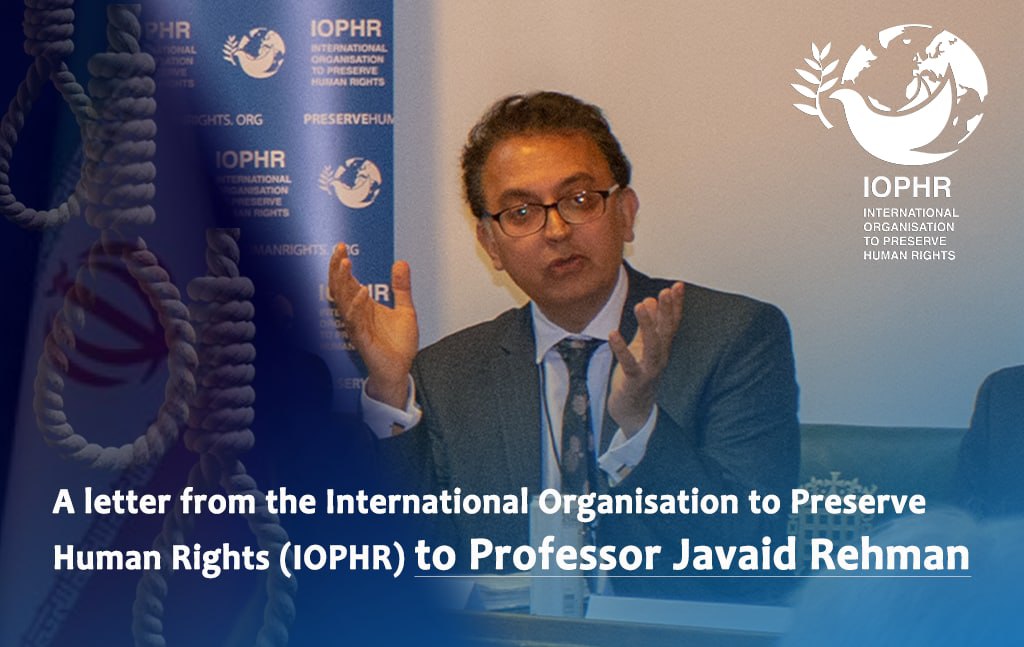 As you might be aware, IOPHR has already expressed its deep concerns over the increasingly unusual and widespread trend of executions in Iran, and has addressed this issue in its various statements.

However, unfortunately, in the absence of serious and practical action at the international level to address this blatant and undeniable violation of human rights in Iran, the growing trend of executions in Iran over the past two years has only increased. Especially under the Presidency of Ebrahim Raisi who is personally accused of crimes against humanity due to his participation in the massacre of tens of thousands of innocent people in the 1980s. In fact, in 2021, the number of executions reached an all-time high of 333, a 25 percent increase over the previous year.

On the other hand, considering the age of some of those executed, it is clear that although these people were executed at the legal age, they were children or juveniles at the time of their arrest, and should have been tried in juvenile courts. None of the juvenile justice laws provide for the death penalty, so keeping these children in prison without trial, until they reach adulthood and then prosecuting and sentencing them to death is undoubtedly an “organized crime against humanity” and must be addressed on the international level.

There are also reports that the ruling regime in Iran is using executions to intimidate ethnic, and religious diversity. It has been suggested that the extremist Shiite government is making extensive use of executions, as a means of suppressing religious and ethnic diversity, especially against Sunni citizens, and establishing terror within the Sunni areas and community.

Non-transparent trials without the presence of journalists, lack of access to lawyers for the accused, intimidation of the families of the accused, and forcing them to remain silent and compelling them to self-censorship, by making false promises, and the illegal and unjustified interventions of the Revolutionary Guards in the trial process, all show that these are pre-planned and orchestrated executions in Sunni areas.

Also, in many cases, these executions were carried out prematurely without the knowledge of the families, or even the prisoners themselves, and as a result, the formalities provided by law, such as the “right of last visit”, were violated.

Accordingly, the IOPHR, while appreciating and thanking you for your efforts in raising global awareness of the deplorable human rights situation in Iran, once again calls on you to focus on international efforts and plan for a joint action to protect human rights; by taking further steps in forcing the Iranian regime to uphold the most fundamental right human rights of its citizens.

Moreover, it is important to note that the increase in the number of executions in Iran, also reflects the increasing efforts of the Iranian citizens to realize their citizenship rights, so it is worthwhile for the international community to take practical steps to support these efforts.

Consequently, the IOPHR, while drawing the attention of all human rights activists to the growing process of execution of Sunni citizens by the extremist Shiite government of Iran, asks you to record and submit the above cases in the human rights file of the Iranian government. In addition, the IOPHR requests that you ask the UN Human Rights Council to use all available means, including the imposition of diplomatic sanctions, to slow down the execution machine of the Islamic Republic of Iran, which is purely a mechanism of oppression used by the Iranian government on its own citizens.

Thank you in advance for your special attention to the problem alarming increase in number of executions in Iran.