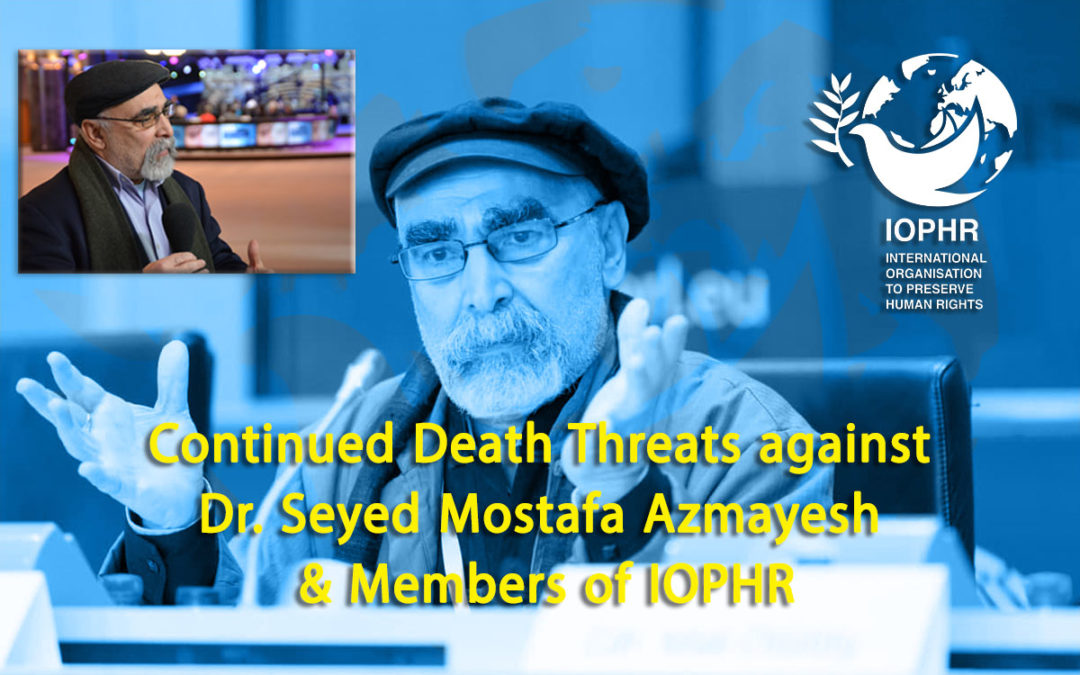 At the time when the report on the Iranian regime’s human rights violations, including deterrent measures and punitive measures at the highest international levels is due to be submitted to the UN Security Council, and while the honourable people of Iran are openly protesting against the regime’s oppression, it seems that the regime’s oppressive threats have no end. As elements in the Iranian regime continue to expand their threats against human rights activists living abroad.

In the latest round of these threats, the elements of the Iranian regime living abroad, who wish to exercise Iranian government control over the Sufis, are once again publishing threatening content in cyberspace via anonymous and real social media accounts. All in an attempt to intensify the atmosphere of terror and intimidation, against human rights activities both inside and outside of Iran and especially against the members of IOPHR, in order to force them to give up their human rights activities.

The IOPHR, while condemning the publication and recirculation of such threats against the life of the director and founder of the IOPHR, Dr. Seyed Mostafa Azmayesh, and his family, once again would like to draw the attention of all international authorities to these illegally organised repressive activities that clearly violate the principles of Western security and freedom. As these threats are linked to groups affiliated with the ruling regime in Iran and are aimed at undermining democratic societies, and those who want to prevent propagation of superstition and injustice that is the hallmark of Iranian Regime’s tyranny.

The IOPHR would also like to draw the attention of all international authorities, especially the legislative bodies in democratic societies, to the bitter and very dangerous fact that the elements of the ruling regime in Iran have clearly infiltrated Western free societies, especially within its educational centres. With the aim of abusing democratic capacities and utilising their capabilities with the aim of promoting inhuman values that undermine human dignity, in order to weaken Western democracy. Just like a group of termites that penetrate a structure only to destroy the structure from within.

In this regard, the IOPHR warns that any form of neglect and appeasement in dealing with these termites will eventually lead to an irreparable misfortune which will result in the destruction of democratic values around the world.